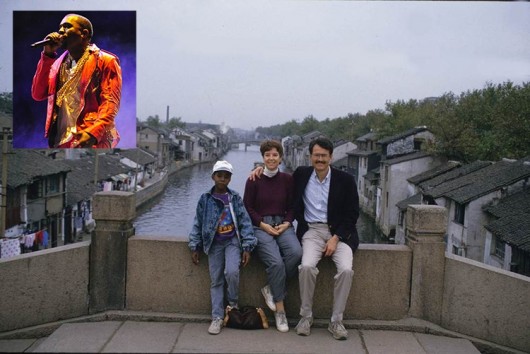 Kanye West in China at age 10, via That’s Online

A really, really long article about Chen Guangcheng. “By early September, with attempts to revive the Fordham offer going nowhere, Chen made his decision. He would become a senior fellow in human rights at Witherspoon and a visiting fellow at Catholic University’s Institute for Policy Research and Catholic Studies. He would also become an advisor for the Lantos Foundation for Human Rights & Justice, a more liberal-leaning organization named after the late Tom Lantos, a Democrat Congressman from California, which had awarded Chen its annual human rights prize earlier this year. // As Chen would explain, he hoped the mix of affiliations would neutralize the idea that anyone could pin him to any particular point on the American political spectrum.” (Reuters)

Bloomberg invited to fancy media dinner. “A prominent Hong Kong-based journalist has called on Daniel Doctoroff, Chief Executive Officer of Bloomberg L.P., to step down from his role as chairman of the Committee to Protect Journalists’ (CPJ) annual International Press Freedom Awards dinner on Tuesday in New York because his company is engulfed in a press freedom controversy of its own, involving its China reporting team.” (ChinaFile)

This again. “More than 500 illegal outdoor barbecues, which Chinese state media say cause ‘serious air pollution,’ have been destroyed in Beijing as part of an emergency program to alleviate the city’s often hazardous pollution.” (Reuters)

Li Guanfeng still faces 10-year jail sentence. “It thus upheld the sentence handed down by the Haidian District People’s Court in September against the 17-year-old, Li Guanfeng, the son of well-known military artists Li Shuangjiang and Meng Ge for the rape committed in February.” (SCMP)

Holy crap big baby. “Yesterday here in Shanghai, a 27 year-old mother gave birth to a 13lbs 10oz (6.17kg) baby. The mother credits a hearty diet of milk, eggs, and fruit, along with lots of time in bed for her huge bundle of joy.” (Shanghaiist)

Prison art. “Late last month an exhibition of 400 paintings was unveiled at China Central Academy of Fine Arts in Beijing. But none of the 13 artists involved attended. Their photos were pixelated and their personal information was concealed. // Despite the mysterious nature of the exhibition, or perhaps because of it, the project garnered significant public attention. After all, not much art is created by convicts still serving time.” (Global Times)

In Hong Kong. “Police have smashed a suspected sex club said to have used Facebook and WeChat to lure people, including teenagers, to wild sex parties at hotels and even in shopping mall staircases.” (SCMP)

Boo. “It’s a delicacy sold for a few dozen yuan amid hushed tones in certain markets and restaurants in Guangdong province. Sellers turn away customers who do not speak the local dialect – anyone caught can be fined as much as 100,000 yuan (HK$126,400). // Despite the threat of penalties, the market for yellow-breasted bunting, a migratory bird that flies from Europe to China for the winter, thrives on the mainland. Conservationists say poaching to supply the demand is a leading cause of the sharp decline in the protected species’ numbers over the past decade.” (SCMP)

War? “Beijing declared an ‘air-defense identification zone’ Saturday over a swath of the East China Sea that is home to islands administered by Japan. It could spin out of control far more quickly than the spinning Iranian centrifuges that much of the world believes Tehran has been using to develop nuclear weapons. The eight barren isles — two of which are under control of the U.S. military — are called the Senkaku Islands (in Japan) and the Diaoyu Islands (in China).” (Time)

Need a winter activity for your child, join us for Ultimate Frisbee! Organized by http://t.co/Rb1GEOuIg2 Information: http://t.co/6iUzr2BmsP

“Why China may solve — not cause — the global wine shortage.” (Jing Daily)

Wut? Via Shangahiist, “Here is a photo of a Zhejiang man bringing his camel to a local McDonalds.” 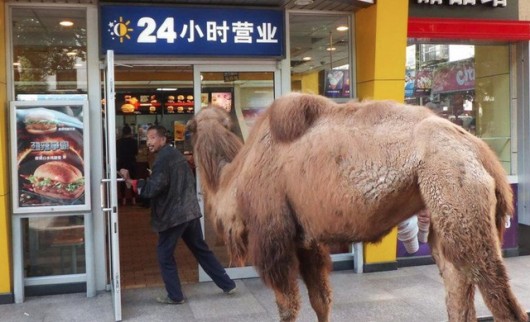 Katy Perry at the American Music Awards, via The Atlantic: 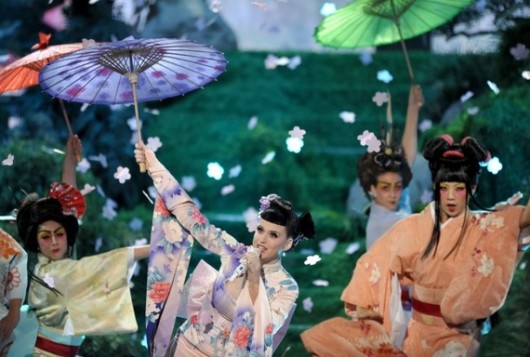