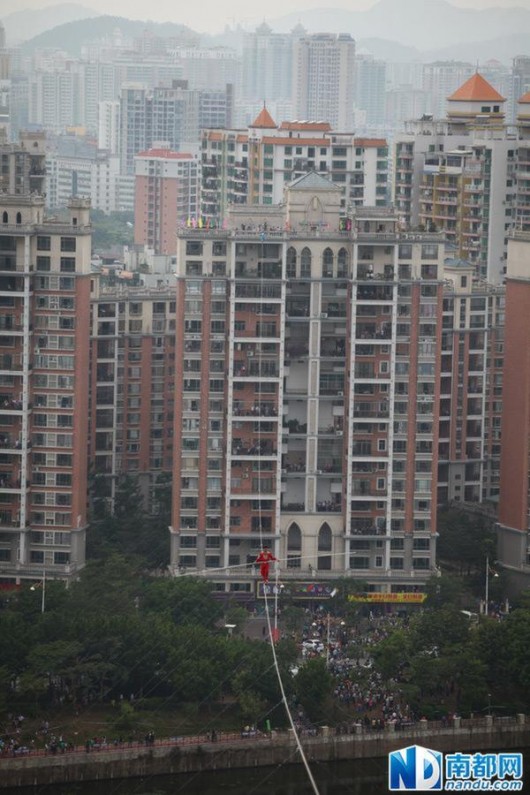 Adili Wuxor does his thing in Huizhou, via Shanghaiist

Hope you’ve enjoyed Singles Day, everyone. This was the day everyone in relationships gets to act like they’re single… right? Links!

Read the links within the paragraph, too: “Bloomberg News is hitting back after the New York Times reported that Bloomberg killed stories fearing retaliation from the Chinese government. // Bloomberg responded on Saturday. ‘It is absolutely false that we postponed these stories due to external pressure,’ the organization said in a statement. ‘We are disappointed that they chose to publish a piece that claims otherwise.’ // The Times’ report appeared on the front page on Saturday after the newspaper spoke to four Bloomberg employees who chose to remain anonymous. They said that in October, editor-in-chief Matthew Winkler called them and killed a story about the ‘financial ties between one of the wealthiest men in China and the families of top Chinese leaders.’” (Huffington Post)

James Fallows: “Maybe this NYT story is off — though in the 24 hours since it’s appeared there has been no substantive response from Bloomberg (other than ‘it’s not so’), and the NYT account from Beijing is by the reputable Edward Wong (whom I know and trust). But at face value this is a really depressing illustration of a “news” organization knuckling under in the face of economic pressure. That’s how Bloomberg’s China reporters must feel as well: otherwise how would this case ever have gotten out? A nice way for Bloomberg to counter these suspicions would be to run the controversial stories in question — as it has done in the past with strong China stories.” (The Atlantic)

Something wrong with Reuters’s fax machine? “The Chinese government has rejected the visa application of a veteran American journalist who had been waiting eight months to begin a new reporting job in China for Thomson Reuters, the company said. // The reporter, Paul Mooney, said the Chinese Foreign Ministry told Reuters on Friday that it would not grant him a resident journalist visa but declined to provide a reason.” (NY Times)

Jeremy Goldkorn interviewed me for Danwei years ago. During my visa intervu, PRC official quoted me from this video https://t.co/JsLZF5eepF

@comradewong I'd love to see the report from my visa interview. Maybe after the CCP falls and their archives are made public. Haha.

November 8 was Journalists’ Day in China. “Other Chinese reporters joined in on the occasion, voicing their concerns about censorship, the state media and freedom of the press on Sina Weibo, the country’s most popular microblogging website. ” (Global Voices)

A new political party! “Supporters of China’s disgraced senior politician Bo Xilai, who has been jailed for corruption, have set up a political party, two separate sources said, in a direct challenge to the ruling Communist Party’s de facto ban on new political groups. // The Zhi Xian Party, literally ‘the constitution is the supreme authority’ party, was formed on November 6, three days before the opening on Saturday of a key conclave of top Communist Party leaders to discuss much-needed economic reforms, the sources said.” (Reuters)

Anti-@jimmykimmel protests were probably organised by the Chinese Embassy in the #US http://t.co/o1SPuvN26v

The cost of anti-corruption campaigns. “Nowhere have the effects of Xi’s anti-corruption campaign been felt more acutely than in Maotai village. Dozens of baijiu shops that line National Liquor Avenue, the town’s main commercial street, are now shuttered. A local vendor with the surname Zheng estimated that one-third of these shops have gone bankrupt since Xi came to power. In 2012, local GDP growth in Maotai village declined for the first time in more than 20 years; it is expected to fall further in 2013.” (The Atlantic)

Half a billion in sales in 20 minutes. “It has just turned November 11 in China, commencing the nation’s craziest day of online shopping discounts and spending. It’s called 11/11. At Alibaba HQ, China’s top e-commerce company is watching its consumers spending in real-time in what I like to call its ‘big data’ war-room. Alibaba’s Tmall, its open marketplace for merchants, saw $177 million spent in the first six minutes. That leapt to $266 million (RMB 1.64 billion) after the first ten minutes, and then to very near $500 million (RMB $3.021 billion) at the 20-minute mark. (UPDATE: After the first 50 minutes, $1 billion has been spent).” (Tech in China)

Debunking a story. “An oft-repeated story about a Chinese man suing his wife after she gave birth to an ‘ugly baby’ is currently doing the rounds of the blogosphere: it’s false.” (That’s Mags)

WTF? “According to the report, the mother and her husband had an argument, after which the enraged woman decided to harm everyone in the family. // She then started pouring the gasoline from an iced tea bottle down the child’s throat. The father soon learned the bottle was filled with gasoline, but was too late before the woman set the child on fire.” (Shanghaiist)

Netizens lash out against censorship after Twitter IPO. “‘A website that we can’t even open is now worth US$24 billion? It’s a crazy world we are living in!’ wrote one microblogger. // ‘Twitter is like a ghost, because you’ve only heard about it, but no one has ever seen it,’ wrote another. // ‘This is the moment when you realise that China is so apart from the rest of the world,’ wrote a New York-based blogger with half a million followers.” (SCMP)

This again. “A 64-year-old farmer in East China’s Zhejiang province has been confirmed to have contracted H7N9 bird flu, bringing the total number of avian influenza cases in China to four this autumn, local health authorities said on Saturday.” (Xinhua)

China books to avoid! (And some to read.) (the Anthill)

Sweet umbrella. (The World of Chinese)

“11 Horribly Lonely Things to Do for Singles’ Day.” (the Beijinger)

Tom Rhodes at the Bookworm, via the Beijinger: 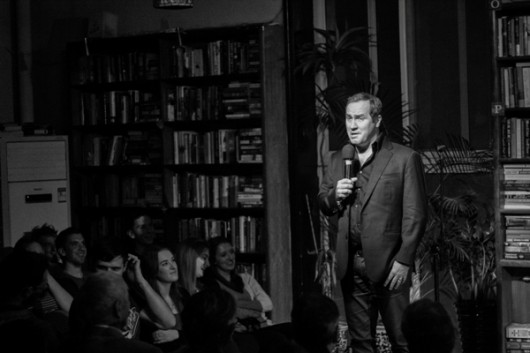 One Response to “Top-of-the-Week Links: Paul Mooney denied visa, Bloomberg vs. The New York Times, and books to avoid in China… and read”