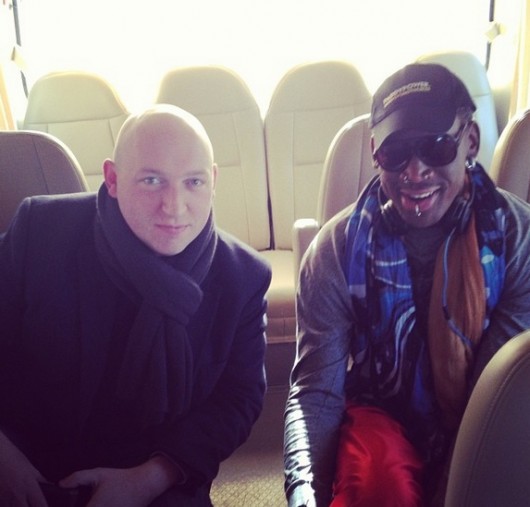 A basketball game is happening. No, we don’t really care.

However. However. Look at that picture above, via Koryo Tours. The backlit man on the left is the living Beijing legend Simon Cockerell as you’ve never seen him, aglow, plucked straight out of a Men’s Book catalogue and the dreams of Christina Courtenay readers everywhere. Looking good, friend!