All of you. So many of you. Do these lists. Let us know if we missed any. Happy New Year.

“Next Year in China: Ten Stories to Watch.” (The New Yorker)

Before President Xi Jinping took office, analysts wondered if he would tack toward reform or conservatism: Would he seek to open up the economic and political realms, or refurbish Party control over them? More than a year on, it’s clear that he has embraced contradiction; he is trying to narrow the space for political entrepreneurship while expanding possibilities for economic entrepreneurship.

A phrase meaning something ‘hit the top headline’, this phrase became popular after news emerged about pop singer Wang Feng 汪峰 declaring his love while on stage at a concert for actress Zhang Ziyi 章子怡.

China Real Time isn’t sure the Harlem Shake deserves to be in the same conversation as Gangnam, but it gets mention here because it caught on relatively early in China, where it was known as the “Loser Dance” and because, once again, it inspired elderly Chinese people to cut loose in ways that made us yearn for old age.

“The Year in Sex and Dating.” (the Beijinger)

In January, Chinese actress Wang Luodan rocked the Internet with a photo of her red, sore knees and an explanation that translates as: “I’ve always felt this was the only way to show you have ever loved.” Wang’s stated reason for the sore knees was a grueling dance rehearsal for an upcoming film.

We said: “There’s another way Ai [Weiwei] might have arranged the letters for his exhibition title ‘S.A.C.R.E.D.’. But while being scared might have motivated the work, transforming that fear into art has yielded something that will remain sacred long after it’s removed from the church of Sant’Antonin.”

房, which means housing, was chosen as the Chinese Character of the Year. Housing has special significance for Chinese. It is a necessary criteria for many men to have a wife or a girlfriend; it is a criteria for success; and it is a burden for college graduates and low-to middle-income earners. This year, housing in China is said to be the least affordable in the whole world. 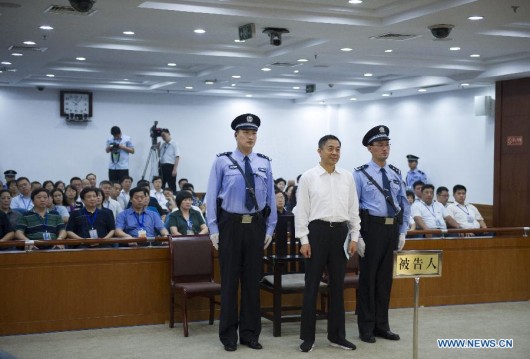 “The Year in Video.” (Sinopathic)

U.S.-China Relations Year in Review | 2013 The Year of the Snake, Sunnylands, and Suppression interlude:

The air. (The Atlantic)

One Response to “China 2013 Year In Review, As Reviewed By You”