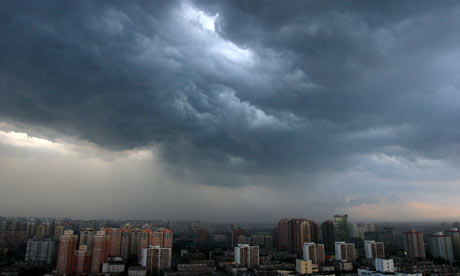 Ed’s note: Our friend Justin Mitchell, who quietly left China last year after a decade here, grew nostalgic upon watching the latest Donnie video and got in touch. He should be in touch more often.

I am not the first or last expat to leave China after a long stretch. Mine lasted about 10 years and while I can claim no special linguistic or unique experience beyond doing PR for the PRC — as I often describe my time working at the likes of China Daily, Global Times, China Radio International and Shenzhen Daily, as well as the best times of my journalistic Asia experience at The Standard in Hong Kong — I find myself homesick and occasionally heartsick.

I can’t bring myself to write the same sort of sensational “working in the belly of the beast” as so many Brits seem to easily slag about, though I often readily identify with what they say. I had my issues with censors and sometimes almost came to blows, though we were often the same creaky age and could have done nothing more than fake a few punches like a couple of bad kung fu stunt doubles.

The best was when it came to a meaningless short story at Global Times about some joyous male college students celebrating graduation by streaking. The censor, who was almost exactly my age at the time, about 55, told me it could not run because the students’ behavior was “disgraceful.”

“You and I were almost the same age in 1971,” I replied. “I streaked and it was nothing but a good time. What did you do? It was your Cultural Revolution. You were probably sent down to a countryside to feed pigs while I smoked marijuana, protested, and listened to rock and roll music for another revolution to end the war in Vietnam. And now you and I are working at the same place. How ironic is that? Let the story run, it’s harmless, just like we were.”

To his credit, he bent and the story ran.

But it leads me to another truth. One thing that drove me outta China besides my declining health was a declining sense of joy and discovery that led me there to begin with.

Now I realize that so much time has passed and the old stories are now new again.

4 Responses to “Letter From An American Expat After Leaving China”