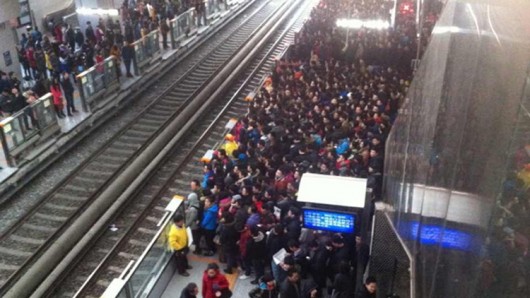 Good stuff so far this week. Keep on chuggin’ links.

Another one of these firings. “Zhang Xuezhong, who teaches at the East China University of Political Science and Law in Shanghai, said administrators notified him on Monday that he would be dismissed after he refused to apologize for writings that championed the protections guaranteed by China’s Constitution. Professor Zhang’s teaching privileges were temporarily suspended in August after the publication of an article detailing the Communist Party’s growing hostility toward the nation’s legal system.” (NY Times)

Lorde has an Asian boyfriend, and the Internet… oh boy. “Holy shit, something’s wrong with the teens. The teens have gone mad. After Kiwi chanteuse Lorde apparently said (to someone, somewhere—I literally can’t find any sources on it besides teens on Twitter) that Justin Bieber and the members of One Direction are ‘ugly,’ wounded superfans began firing back with a barrage of potshots at James Lowe, Lorde’s rumored boyfriend. In the way that the overemotional rantings of the ignorant so often do, the attacks turned racist almost immediately.” (Jezebel)

At least they’re trying. “The smog in China is so rampant that only a supercomputer is capable of creating an accurate predictive model of what city it will ravage next. Whereas a refurbished 1999 Gateway PC can probably get the job done in most parts of the world, China needs something a bit stronger. // China’s Tianhe-1A supercomputer, ranked the fastest supercomputer in the world in 2011, will be used to forecast and analyze smoggy days in major cities, reports Xinhua.” (Tech in Asia)

Like so. “China issued its first nation-wide blueprint for adapting to climate change, as governments around the world shift their efforts from focusing solely on curbing global warming to minimizing its impact on people and the environment.” (WSJ)

100! “Guangzhou Elizabeth Women’s Hospital was smashed by about 100 relatives of a female patient surnamed Peng on Monday in South China’s Guangzhou Province.” (Sina)

A reminder that what you do online can get you criminally prosecuted. “Beijing police have detailed their case against Xu Zhiyong, one of China’s most prominent rights activists, in a document recommending prosecutors indict him on charges of disturbing public order. While the recommendation had long been expected, it was notable in its use of a new judicial interpretation that expands the definition of public space to the Internet.” (WSJ)

Probably bullshit, but, whatever. “A man jumped to his death after a furious row with his girlfriend who insisted they go into another clothes shop. // CCTV shows Tao Hsiao, 38, escorting his girlfriend around a shopping mall in Xuzhou, Jiangsu province, east China. // After five hours Tao finally had enough and demanded to go home.” (Daily Mail)

Orwell predicted this: If You Can't Beat the Shanghai Smog, Change the System  http://t.co/DrfqcAUiAd via @BloombergView

It's come to this: Chinese doctors advise that jamming cigarettes up your nostrils won't filter out PM2.5 particles: http://t.co/uQgXIn7in0

It is not just Shanghai that has "crazy bad" smog. only ONE of China's 100 monitoring stations was green. ONE pic.twitter.com/kHGczIKTTL

“Fallen Man in Long Underwear Cleans Up Puke for Safety of Elders, Is Celebrated.” (Sinopathic)

Cat Power in Beijing, via Foukography: 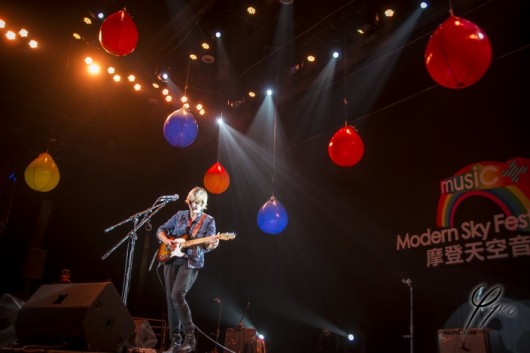