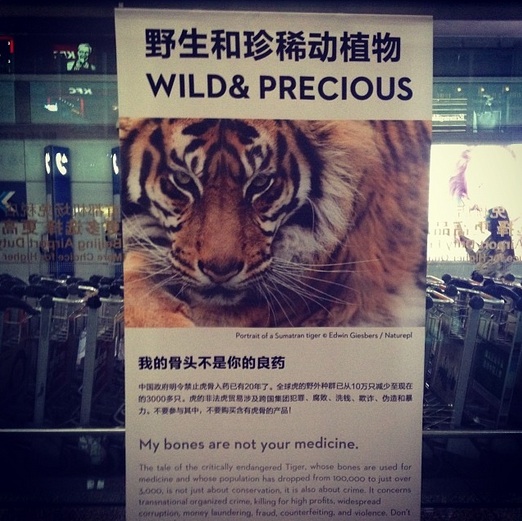 China has been using tiger bones for medicine for more than 1,000 years. Although the trading of tiger parts was officially banned by the government in 1993, old habits die hard: the New York Times reported in 2010, the Year of the Tiger, that “the biggest threat to Asia’s largest predator is the Chinese appetite for tiger parts.”

Despite a government ban on the trade since 1993, there is a robust market for tiger bones, traditionally prized for their healing and aphrodisiac qualities, and tiger skins, which have become cherished trophies among China’s nouveau riche.

…“All of the demand for tiger parts is coming from China,” said Belinda Wright, executive director of the Wildlife Protection Society of India. “Unless the Chinese change their attitude, the tiger has no future on this earth.”

POSTSCRIPT: Tigers are amazing. One of the better photos I’ve taken (in Thailand), with all credit going to this tiger: 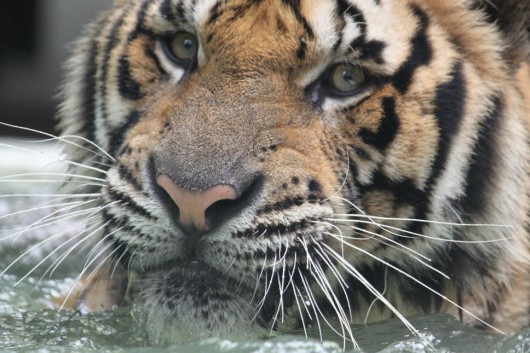 2 Responses to ““My Bones Are Not Your Medicine””