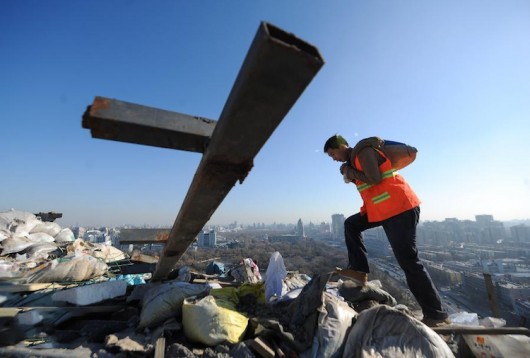 Happy holiday week, everyone. We’ve put all year-in-review lists into a separate links post, for later.

Hmm. PASS. “Are you qualified to be a journalist in China? Take these multiple-choice questions from the official training guide and find out.” (Sinosphere)

New propaganda. “But this year, I’ve noticed a new kind of propaganda: billboards and giant posters, with fresh designs, typefaces and graphics, in many cities. They are ubiquitous: They have been put in parks, along building construction sites, on school walls and in other public places. There has been little coverage in the press. Who created these posters, and why? How much did they cost? It’s all a mystery.” (Murong Xuecun, NY Times)

Woman run over by motorcycle is happy to see expat deported. “In the latest turn of events, it’s now being reported that the woman who was hit by the expat is happy at the news that he is being kicked out of the country. // She told Beijing news, ‘to be honest, when I heard that the foreigner is to be deported I was happy, I think the police handled it well. Whoever did wrong should be punished.’ The woman, identified as Mrs Li, went on to say that she still hasn’t received an apology from the expat.” (City Weekend)

An open letter to Dennis Rodman from Shin Dong-hyuk, “the only person born in a North Korean labor camp known to have escaped to the West.” “Mr. Rodman, I cannot presume to tell you to cancel your trip to North Korea. It is your right as an American to travel wherever you wish and to say whatever you want. It is your right to drink fancy wines and enjoy yourself in luxurious parties, as you reportedly did in your previous trips to Pyongyang. But as you have a fun time with the dictator, please try to think about what he and his family have done and continue to do.” (Washington Post)

The most China story. “Supposed to help with rebirth, or at least a long life, what looked remarkably like a Buddhist act of faith called ‘releasing lives to freedom’ went horribly wrong on the banks of the Yellow River this week when fishermen waited downstream with nets to “wildly” snap up a large amount of the released carp, Chinese media reported.” (Sinosphere)

How to go to a Beijing Ducks game. “Tickets to a Beijing Ducks game will cost anywhere from 80 RMB to 1500 RMB all depending on where you would like to sit. // Tickets can be found at t3.com or can be purchased at the game. Tickets at the game will cost you from 180 RMB, 480 RMB or purchase two tickets for 600 RMB (380 RMB x2).” (Basketball Buddha)

Probably necessary. “Looks like the era of the two-kuai subway ride is quickly coming to a close. As we reported Monday, and as headlines in Wednesday’s Beijing News say the relevant authorities are currently weighing five proposals to raise fares on the system which currently charges a meager RMB 2 per trip.” (the Beijinger)

A story for expats. “People like to blame China for this kind of regression in civilized behavior, but I know that’s not the case. It’s not China’s fault expats are a collection of insensitive boors. I’ve seen similar behaviour from other Westerners, but us Americans lead the way. There’s something wired into our psyche, a kind of excessive pride that bristles at the thought of being taken advantage of. We can’t stand to be cheated or be singled out for our foreignness – or not in any way that’s to our detriment. The smallest slight, and we’ll go sailing around the world for revenge.” (Decater Collins, the Anthill)

Huh. “A Chinese billionaire in France to buy a major Bordeaux vineyard is missing after the helicopter he was travelling in apparently crashed into a river on Friday. // Lam Kok, the 46-year-old head of the Hong Kong-based Brilliant group, was surveying his new property from overhead in a helicopter piloted by the former owner James Gregoire when the accident happened. // His 12-year-old son and an interpreter were also on board, but Lam Kok’s wife pulled out at the last minute saying she was ‘scared of helicopters,’ an AFP photographer at the scene said.” (AFP)

"There is no convincing historical evidence to denigrate Mao". The Global Times is even more deluded than I thought. http://t.co/aoMZ4JBaFy

“How do you say you’re sorry for taking part in China’s ‘Cultural Revolution’?” (PRI)

“Weibo’s “hot mom contest” may put some of these young hotties’ husbands in jail.” (Offbeat China)

Hot mom competition’s moms are too damn young. (The World of Chinese)

“China: Hollywood Hopes 2014 Is the Year of the Co-Production.” (The Hollywood Reporter)

Annie’s Pizza has a 10th location, at CBD. Congrats to Annie’s. (the Beijinger)

LEGO hutong (Sunshine of Siheyuan Garden, more on this Facebook page), via the Beijinger: 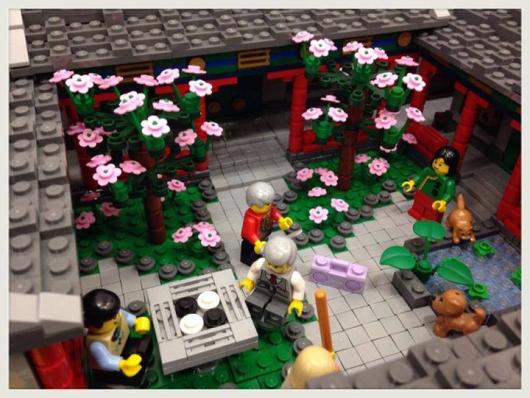 Outside Xi’an nightclub, via Global Times: 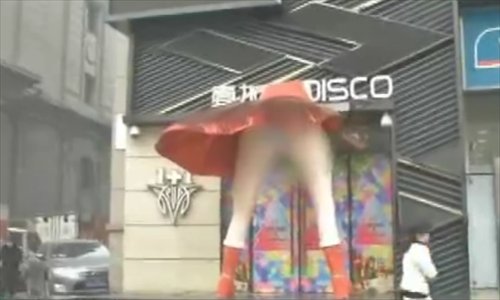 2 Responses to “Top-of-the-Week Links: How to buy Beijing Ducks tickets, Beijing subway price increase proposal, and a quiz to be a Chinese journalist”