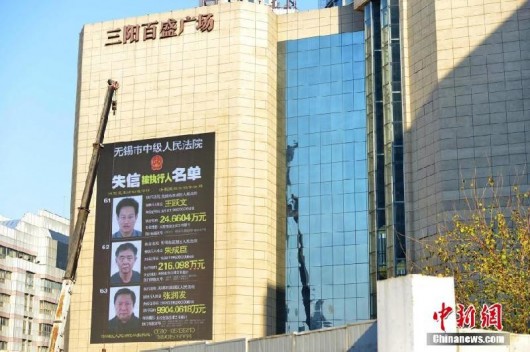 We’re not gonna have another of these links posts until 2014, so here’s the Beijinger’s guide to New Year’s Eve parties for those in Beijing. See you at one of these.

Restive. “Police in China’s restive far western region of Xinjiang shot dead eight people during a “terrorist attack” on Monday, the regional government said, the second outbreak of violent unrest this month in a region that has a substantial Muslim population. // The attack happened in Yarkand county close to the old Silk Road city of Kashgar in Xinjiang’s far south, the Xinjiang government said in a statement on its official news website (www.ts.cn).” (Reuters)

Interesting. “China’s largest dating and marriage website says roughly one out of every 20 university students in the country has had a lover of the same sex. // In an effective poll of 8894 respondents by Jiayuan.com, 5.57 percent admitted being in a gay love at least once, reports news portal Danlan…. // Since the first national survey of its kind in China did not allow a bisexual option, the proportion of gay men may be slightly over-estimated.” (Gay Star News)

Not quite closure in the watermelon vendor death story, but a sentence, at least. “A Chinese court on Friday sentenced four municipal security officers to prison for a clash that left a watermelon seller dead and triggered a public outcry. // The Yongxing County People’s Court said in a notice on its website that the four officers were convicted of intentional injury and sentenced to prison terms ranging from 3.5 to 11 years in prison.” (SCMP)

Overtaking Beijing. “Metro lines 12 and 16 will start operations from tomorrow, taking Shanghai’s subway network to 567 kilometers, the longest in the world.” (Shanghai Daily)

This qualifies for an inspirational story, maybe. “As a result of China’s one-child policy, there is a common term for parents who have suffered the loss of their only child: Shidu fumu. When that devastating loss occurs in the middle age of a woman’s life, beyond the years of healthy fertility, she has no choice but to carry on somehow and eventually settle into retirement. But Sheng Hailin did not gave up on her life, instead, she decided to have kids again at the age of sixty.” (Shanghaiist)

Pregnant panda. “A zoo in northern Thailand said on Sunday that it was preparing for the birth of a second giant panda in the New Year thanks to artificial insemination. // Chiang Mai Zoo said 12-year-old Lin Hui, who along with her partner Chuang Chuang is on loan from China, was due to deliver a cub by January.” (AFP)

All’s well that en… WHOA BIG FINE. “Chinese film director Zhang Yimou has apologized for breaking the country’s one child policy on population control and he could face a fine of $1.2 million for having more children than permitted.” (Hollywood Reporter)

Circulating online: the only person not to be officially investigated (so far) in this 2004 photo is #ZhouYongkang pic.twitter.com/xnTTHmNyMr

Snow fun at Workers Stadium, near the southeast corner… pic.twitter.com/zOaoGKyZ1l

Chinese Americans, ever been told, “You’re Chinese sounds like barf”? This is a video for you interlude:

Get to know what bus ladies do. (The World of Chinese)

Ah why not, here are two adorable cats. (I Love China)

This is an ad for Henan tourism, via Shanghaiist: 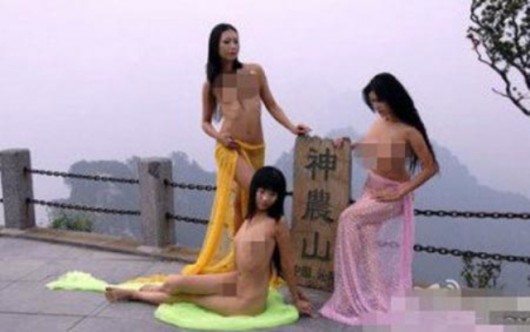 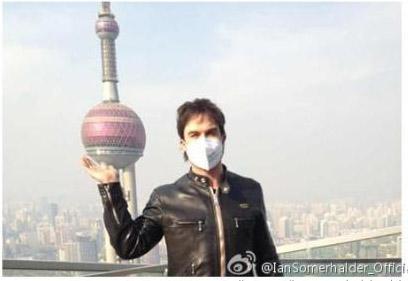