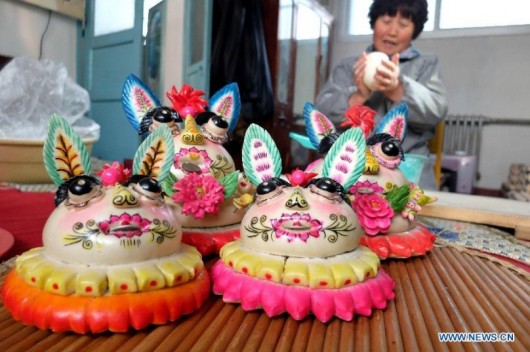 Try not to so predictably freak out over the air every time there’s one bad day, eh folks? The AQI’s below 100 as we speak. Read these non-air-related links.

Fuck! “A truck with 2,800 stray cats heading for South China’s Nanning city is stopped and the felines are saved by animal welfare volunteers in Wuhan, Central China’s Hubei province, Jan 15, 2014. The truck driver was taken by police for further investigation for having a fake quarantine license for the cats. The cats were sent to Nanning’s restaurants for their meat. The head of the small animal welfare protection association of Wuhan said the association was unable to take all the cats on the truck but will think of other ways to properly place them.” (CRI)

It’s that time… “Earlier this week, an eager Chinese mom bought a whole page of ad on Chinese Melbourne Daily to post a letter to her oversea son, calling him to go home.” (Offbeat China)

The writer probably didn’t think his story would be translated into English, then mocked by everyone, probably. “Disillusioned by rampant partying, illicit drugs and racial discrimination, one Chinese student in the United States has held nothing back in telling a Chinese news outlet why he is eager to return home. // ‘I studied film editing. There are some scenes from American streets that would never appear in mainstream American films or news programs,’ the student said last week, as he told Global Times Online a story that seems both plausible and conveniently politically correct for domestic audiences.” (Sinosphere)

Hockey in Beijing. “The puck drops this Saturday for the second annual Houhai Pond Hockey Tournament. Slated from 9 AM to 5 PM, the tournament will see 14 teams compete to be this year’s champion.” (Beijing Boyce)

Weibo backlash. “Sina Weibo, it’s not me, it’s you. My friends agree. You’re getting kinda erratic these days. You’re trying to do too many things and you’re just falling apart. And you’re getting a bit fat as well. Perhaps it’s time we broke up?” (Tech in Asia)

Good for hotel. “The hotel I stayed at in Dukezong survived Saturday’s fire, which destroyed most of the ancient town. // ‘We were very lucky, our hotel suffered little damage,’ said Matthieu Lelievre, who owns Kersang’s Relay Station hotel with his wife and her family.” (Slightly Reworded)

“Being black in Taiwan.” (Mycal L Ford, the Anthill)

“How to be a clueless China-expat,” a rant on this post in NYT’s “You’re the Boss” blog about small business. (FOARP)

A hike in the woods leads to DISASTER. (Not by Occident)

Where China’s wealthy are headed over Spring Festival, via Jing Daily: 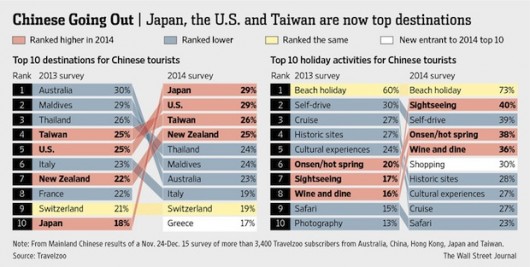 One Response to “Friday Links: 2,800 cats saved from slaughterhouse, one Chinese student’s hilarious account of his American experience, and Beijing hockey”