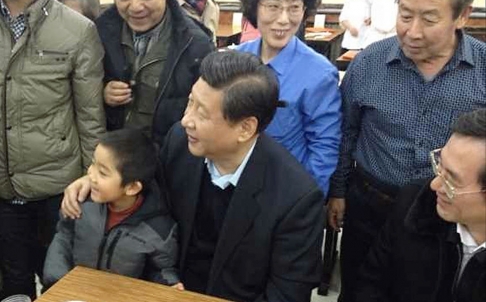 Via SCMP, a boy now somewhat famous because he took a picture with Xi Jinping at a restaurant

Have a good Friday evening links.

So much good stuff here. “After a failed attempt at meeting with shareholders of the Times, an unfazed Chen said he was now considering buying The Wall Street Journal. // …Chen said he was aware that many American papers were Jewish-owned. He said he was up for the job since he had ‘equally competent IQ and EQ’ compared with Jews. // ‘I am very good at working with Jews,’ he said.” (SCMP)

The importance of China’s moon rover landing. “When China landed its first lunar rover on the moon last month, many Americans reacted with a shrug. After all, the U.S. sent men to the moon more than 40 years ago, and the Soviets landed a rover there too. // But among lunar scientists, the Chang’e 3 mission has generated considerable interest. They say the lander and the rover, equipped with ground-penetrating radar, cameras, a telescope and spectroscopic instruments, could gather significant new information, especially relating to the chemical composition and depth of the lunar soil. // Such data, they say, could shed light on the history of the moon and, by extension, Earth. It could also help humans design equipment to mine the lunar surface for oxygen and other elements.” (LA Times)

“Give Dennis Rodman a Break.” “In case you don’t watch cable news, you might miss that the media really loves this kind of thing. No story about North Korea is too weird to go unreported, even if there is no real information to disseminate. Recall the recent rumor that Kim Jong Un’s uncle was executed by being fed to hungry dogs, which most likely was started as satire on Chinese social media but was at first reported widely in the media (CNN was unable to confirm and did not report the story). // In media discourse, North Korea is the classic enemy. The regime’s injustices, quirks and dysfunctions are reassuring to Americans that their own country is just the opposite: Normal, well-functioning, a land of peace and liberty.”  (Andray Abrahamian, CNN)

Shouldn’t be too hard for women, honestly. “Ma Jiajia’s Chinese Dream is about people having more sex. Better, more fun, and safer sex. // For that to happen in a place where sex is still substantially mired in shame, a fundamental change has to occur in people’s hearts, said Ms. Ma, 23, who wants to become a feminist leader of the ‘feminine’ kind. (She thinks women should become ‘consumers’ of sex and ‘enjoy’ men.)” (Sinosphere)

People now like Zhang Yimou again? “It appears the attitude of Chinese public to Zhang Yimou has turned sharply. As the report surfaced early last year that Zhang had more children than he was allowed, almost all Chinese netizens expressed their indignation and resentment to him. But now when he apologized and was even fined a huge sum of over 7 million yuan for having three children, almost over a night, he has transferred from a beneficiary to a victim in the eyes of the Chinese public, as seen from the online comments.” (Hug China)

Get pregnant. “Ahead of the Spring Festival, a series of memes featuring pictures of horses carrying various items on their backs has swept Chinese social media. The series, a Chinese play on words exploiting the dual meaning of ma shang for ‘on a horse’ and ‘in the near future,’ is netizens’ witty ode to the upcoming Year of the Horse.” (Global Times)

Maybe just a publicity stunt, considering who we’re dealing with here, but judge for yourself. “Lindsay Lohan’s laptop was reportedly stolen at Shanghai’s Pudong International Airport as she was waiting for her flight out of China and she said that she’s willing to do ‘whatever it takes’ to get the computer back because apparently it’s full of some very NSFW pictures.” (Shanghaiist)

Cheats for hire. “Agents reached by a Global Times reporter posing as a customer unanimously offered services of ghost students for exams like the TOEFL exam, and prices varied from 9,000 to over 20,000 yuan ($1,487 to $3,304) and guaranteed a score of more than 110 out of 120 in the TOEFL exam.” (Global Times)

Fire damage. “A remote Tibetan Buddhist institute thought to be among the largest in the world has been seriously damaged in a huge fire, reports said on Friday, while the cause of the inferno remains a mystery.” (AFP)

This is really interesting: in the Youku-BBC deal over Sherlock, BBC is the one providing the Chinese subtitles http://t.co/qNszGJTlBi

Memo to China and Japan: you don't have to keep referencing Harry Potter to appeal to our simple western minds. Really. We get it.

This is the guy Xi Jinping trusts with his life http://t.co/qNbfqNyAt4 /was commander of a corp that had ties with his dad back in 30s

A petition to “stop dogs from being beaten and shot to death in China.” (Causes)

“2-yr-old in Foshan severely burned by father who was ‘just educating him.’” (The Nanfang) 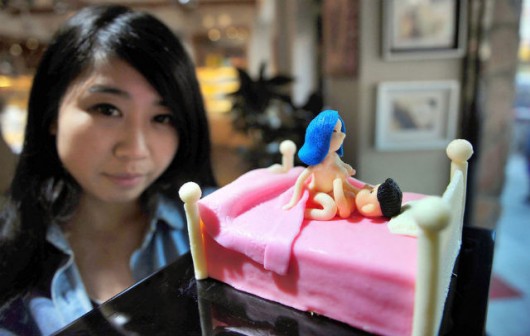 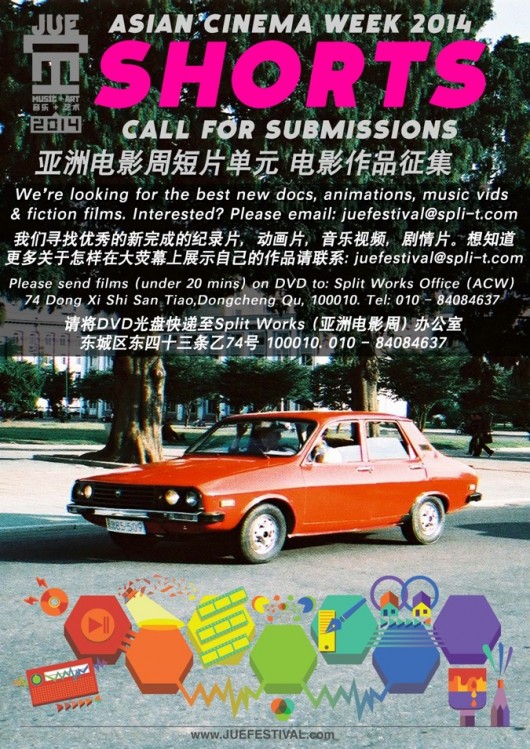