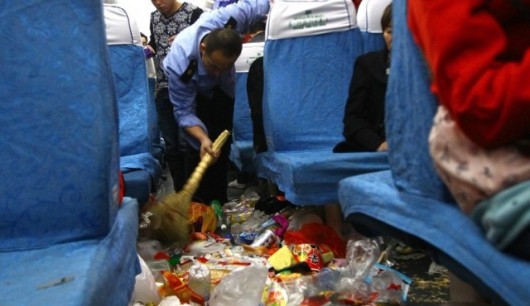 Australia Day is Sunday. Happy Australia Day weekend links. By the way, the Li Na finals is tomorrow at 4:30 pm, and you should probably watch.

Another. “A Chinese rights advocate who was part of a group calling for an end to corruption and for officials to disclose their financial assets was tried in Beijing on Thursday on charges of ‘gathering a crowd to disturb public order,’ her lawyer said.” (Sinosphere)

Support. “A hundred days. That’s how long it took Xiao Meili to walk from Beijing, in the arid north, to the humid, central city of Changsha. Since September, the 24-year-old has been trekking south and west across the Chinese heartland, along rumbling highways, around construction sites, down dusty streets. She stops along the way to send letters to local officials. Her plea: China must change the way it handles sex abuse.” (Time)

First of its kind. “The Ellen DeGeneres Show will start being broadcast on the mainland, becoming the first American daytime chat show to air in the country of nearly 1.4 billion people.” (SCMP)

Five-star hotels don’t want five stars. “As the Communist Party led by President Xi Jinping continues a campaign against corruption and government extravagance, some top-of-the-line hotels are feeling the pain. Revenue declined 18 percent last year at Hangzhou-based New Century, which operates 64 hotels around China, including 40 with five-star ratings. In October, Chen was quoted in a Hong Kong paper saying New Century’s income from government agencies had fallen to less than 3 percent of overall catering revenue—down from 15 percent—because of Beijing’s anti-extravagance measures.” (Bloomberg)

Dongguan is swimming with STDs, but it’s not as bad as rumors have suggested: http://t.co/lehngBnBGV

Brochure sunset in Wuxi tonight. Yes, we put cranes in the brochure! http://t.co/382RwX8tGf

“Life is getting tougher for foreign companies. Those that want to stay will have to adjust.” (The Economist)