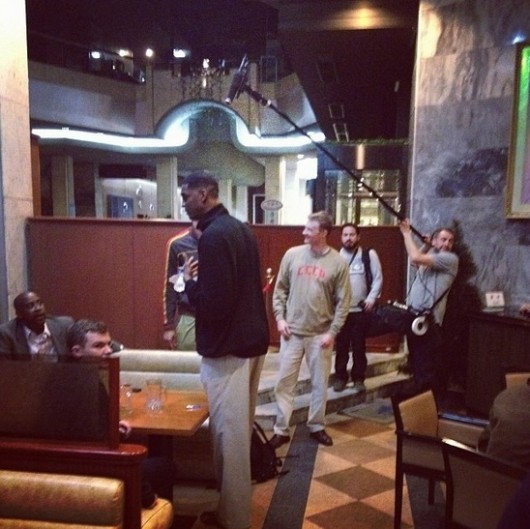 I’m generally an advocate of Koryo Tours’s programs, especially those dedicated to outreach and encouraging cross-cultural dialogue, but let’s not take things too far…

Legends? Is that the genteel British way of calling them old?

Of course you already know Dennis Rodman is back in Pyongyang, this time with seven former NBA players — Kenny Anderson, Vin Baker, Cliff Robinson, Charles Smith, Doug Christie, Sleepy Floyd, Craig Hodges; and right, of course you don’t care. But if you want to see something fun, check out Rodman berating CNN’s Chris Cuomo in a video on Gawker. I think Dennis Rodman might be tired of fielding questions about Kenneth Bae.

He screamed about sacrifice. He accused Cuomo of not having anything at stake. He said he didn’t give a “rat’s ass” what the CNN host thought, all while pointing his cigar at the camera. Eventually, he settled down and let the much calmer Charles Smith explain the player’s “non-political” stance to Cuomo, but not before yelling for a solid two minutes or so.

What we really need is the NBA commissioner’s opinion, right? David Stern: “This one I believe was a little bit blinded by a flash of North Korean money.”

Never mind, we don’t need that. Here’s another picture, this time with fellow Koryo tourists: 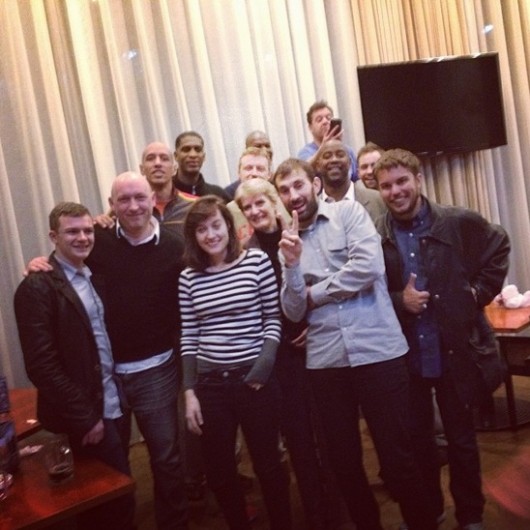