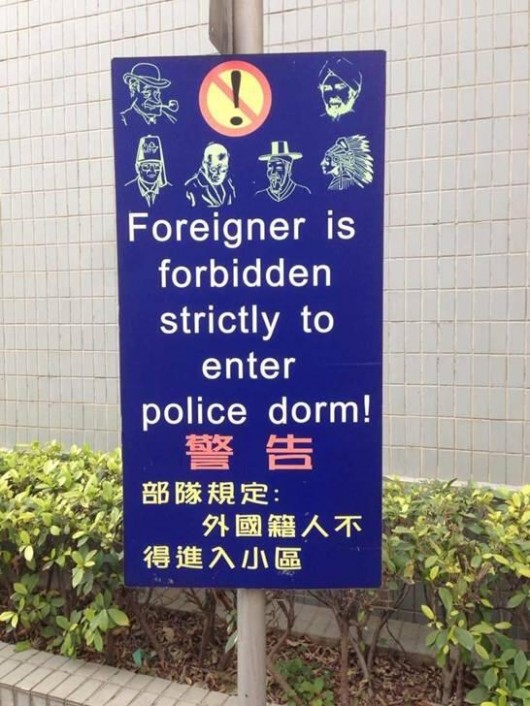 All are welcome! to these links.

“Trial.” “Prominent Chinese activist Xu Zhiyong went on trial Tuesday over his role in anti-corruption protests but defied the court by refusing to speak, his lawyer said, calling the proceedings a ‘piece of theatre.’ // Xu, founder of the New Citizens Movement, faces a five-year jail term on charges of ‘assembling a crowd to disrupt order in a public place’ for demonstrations featuring banners calling for asset disclosure by officials — seen as a key measure against graft. // Dozens of police, in uniform and plain clothes, surrounded the court in western Beijing, harassing reporters outside the building.” (AFP)

Speaking science to those who would discourage dissent. “But as a scientist who has taught in China, I don’t believe that China will lead in innovation anytime soon — or at least not until it moves its institutional culture away from suppression of dissent and toward freedom of expression and encouragement of critical thought.” (Stephen L. Sass, NY Times)

Touching and sad. “A girl named Zhang Xi has attracted the attention of Chinese internet users after some realized that she had been posting daily messages to her boyfriend for the last four years, despite the man’s death in 2009. // Zhang’s boyfriend died in December 2009 in Vancouver, and she quickly started leaving messages on her boyfriend’s Renren (see: knock-off Facebook) as a means of mourning. What started as an expression of grief has now become part of Zhang’s daily life.” (Shanghaiist)

Also, this. “An 85-year-old man in Hunan province is writing daily love letters to his wife, who’s in a coma in intensive care. // The wife, Li Shufeng has been hospital for more than 20 days after a heart attack. Peng Xiaolu asked nurses to read his letters to his wife to keep her company. The couple were both professors in Huaihua city.” (CNTV)

Wen Jiabao. “In a letter to a Hong Kong newspaper columnist, former Prime Minister Wen Jiabao of China said he had a clean conscience about his time in office. // ‘I have never, in no way, done anything to use my position for personal gain,’ he wrote in an unusual letter to Ng Hong-mun, who writes for the newspaper Ming Pao.” (Sinosphere)

Li Hongbo’s amazing paper sculptures. “With thousands of sheets of paper, Mr. Li, who lives and works in Beijing, has expanded on the techniques used in paper-based folk art and the traditional Chinese paper toys he grew up with. ‘Tools of Study,’ his first solo U.S. exhibition which runs through March 2, references the generic models used by art students. // Each bust comprises roughly 7,000 to 8,000 sheets of paper and weighs about 30 pounds.” (WSJ)

Li Na is the highest-ranked of the four remaining women in the Australian open. “Tuesday morning’s crescendo on Sina Weibo microblogs over Ms. Li’s bid for her second Grand Slam title – her first was the 2011 French Open – overwhelmed even the perennial top Chinese topic this time of year: the annual exodus home for the Lunar New Year, called the world’s largest human migration , which begins on Jan. 31. // Never ones to miss an opportunity to take a dig at China’s government, some bloggers lauded Ms. Li’s progress with a backhanded shank at Beijing. ‘To Li Na: You are not relying on sugar daddies nor the Communist Party, nor your looks, nor by pleasing the referee or by luck,’ a blogger wrote.” (WSJ)

Spring Festival madness, prepare for more of it. “A Chinese man’s online offer to hire a girlfriend and fly her to his hometown for one million yuan (165,200 US dollars) to avoid celebrating the Chinese New Year alone has gone viral.” (Global Voices)

Get ready for a lot of NBA games on Chinese TV. “For the third year in a row, the National Basketball Association (NBA) is demonstrating its dedication to China, its largest international fan base, with a major weeklong Chinese New Year celebration. // The year of the horse festivities taking place from January 28 to February 4 will include special China-specific games, celebrations at official U.S.-based NBA games, fan activities, and limited-edition products.” (Jing Daily)

Anecdotal, but noteworthy. “A wire connected to his genitals, a Chinese man says doctors administered repeated electric shocks as he watched a pornographic film — part of treatment he hoped would eliminate his sexual attraction to men.” (AFP) 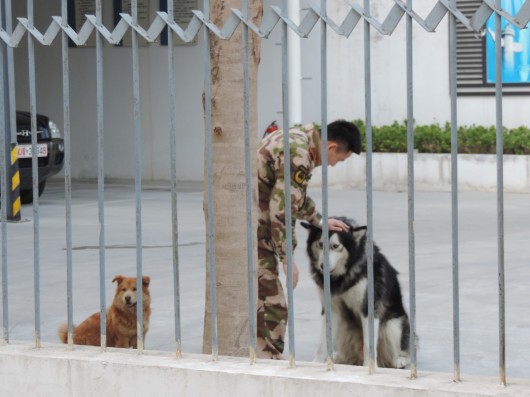 The most annoying emoticons, via The Nanfang: