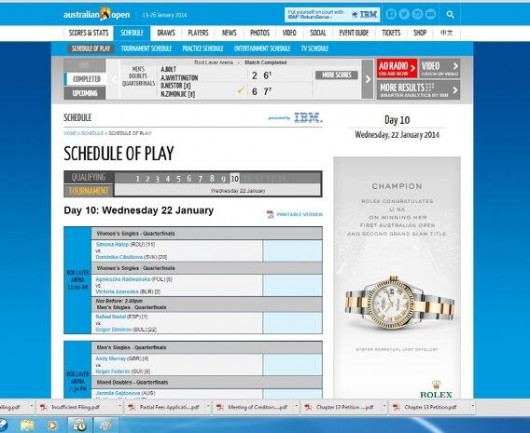 The above was tweeted by Sports Illustrated’s Jon Wertheim a couple of days ago. Take a look at that Rolex ad on the official website of the Australian Open, which reads, “Rolex congratulates Li Na on winning her first Australian Open and second Grand Slam title.”

We hope Li Na doesn’t believe in jinxes, because she plays this afternoon against Dominika Cibulkova for a chance to win her first Australian Open and second Grand Slam title. The game is at 4:30 pm local (China) time. It’ll be on every sports channel.

2 Responses to “Ahead Of The Australian Open Finals, Rolex Congratulates “Champion” Li Na”