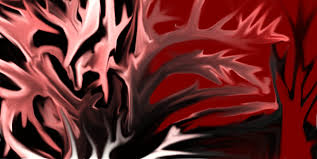 “Sexual Harassment” first appeared on Heatwolves.com and is republished here, with slight alterations, with permission.

Many advise against taking red cabs in Shanghai. “Sketchy” is an adjective that gets thrown around a lot to describe these vehicles. Red cabs are privately owned, unlike those blue/yellow/green cabs or the nicer Expo taxis that belong to companies that own thousands of cars. There’s more variation within the red cab category than all other colors combined. Once, the driver of an immaculate red Kia gave me an architectural tour through the Jin Qiao suburbs in perfect English. Another time, some friends piled into a ragged old red VW Santero and the 司机 (driver) proceeded to casually light up a crystal meth pipe while cruising down the bund. A wide range, red cabs.

Before the night in question, my girlfriend said the drivers of red cabs naturally take more pride in their car’s upkeep and provide better service because it’s their car not the company’s. Makes sense. Maybe that’s why I chose to take this sad red cab in front of 88 Bar on Fumin Lu. I wasn’t in there, just down the block.

“Oh you like electronic music too? When you drive a car, you gotta have music. I don’t understand those people who drive in silence,” I say.

“Oh you speak Chinese? You have been in Shanghai for a long time I bet.”

And we start talking, and dude is dropping some serious knowledge. At one point he calls me “the new Chinese” (“你是新中国人！有的人从外地搬到上海，他们是新上海人，你是新中国人”!).  In six years, no Chinese person has ever called me this. This concept does not exist in China. Americans take it for granted that almost anyone can just become an American through struggle and luck. I said, “Wow, that’s really polite of you because Shanghainese never say ‘new Shanghainese’; most just say wai di ren” (外地人, outside people; mildly pejorative depending on tone/context).

More wisdom imparted – the driver says I’m getting older, and I should get home and see my parents more. “都回家看看父母.” Sound advice, and dude has a weird aura about him. Like, “Ayyyyy, you know what I’m saying right? 对吧。”  What some would call a “smart crazy person.”

We pass the world’s cutest kitten shop on Huaihai Lu, across the street from gay bar dungeon Shanghai Studio where cabbies wait outside for hours on weekends in hopes that they can get some cock. The topic shifts to women, and driver says, “What kind of girls do you like? I don’t like those skinny girls with twig legs, I like a women with meat on her. Something I can feel. What kind of girls do you like? Do you like girls like that?” The excitement in his voice rise as he speaks.

“Yeah I do like girls who are more robust, voluptuous.” 丰满.

“Ayyyy now we’ve reached a common point, as men. We both like women who have meat. It’s more comfortable when you make love with them right? You really get what I’m saying right?” And he keeps asking “我讲话有没有到你心里了？” Which literally translates to, “Is what I’m saying entering your heart?” but actually isn’t quite that strong. I didn’t know at the time though so this sentence was really freaking me out.

Then the driver asks if I have a girlfriend, and I say yes. He’s visibly excited about this and though I’m visibly uncomfortable with the topic, he keeps saying, “It must be comfortable when you make love to her, and her lips must feel good on your dick.” He repeats that same sentence “Is what I’m saying entering your heart?” and asks more creepy sexual questions until we get to my corner.

As I’m waiting for my change, he asks if I live with my girlfriend, I say no and and then he says “ok, I hope it feels comfortable when you make love to your girlfriend.”

I exit the cab and the driver says zaijian, and I’m standing on the side of the road feeling uncomfortable. I thought about this for the next week.

The author is a writer/DJ/label curator based in Shanghai. He’s from the Love Bang Crew. Hit him up @HeatWolves. (Image via)

5 Responses to “Sexual Harassment: A Tale Of Cabbie Lust”