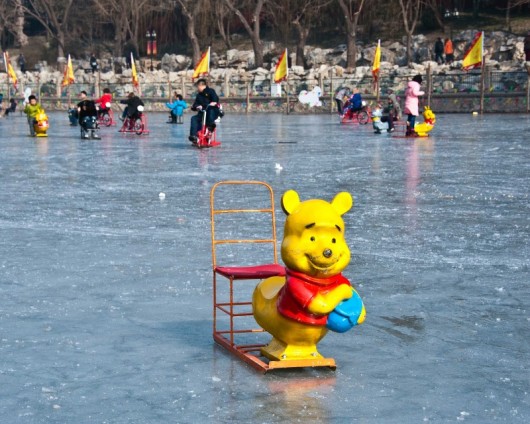 “The Carnival Ice Wonderland of Beijing’s Beihai Lake,” via Life on Nanchang Lu

Hope you have Spring Festival vacations planned and all. Here are links.

Trouble on the moon. “Chinese Internet users flooded the country’s social media networks on Monday with condolences for the troubled Jade Rabbit moon rover, which experienced a ‘mechanical control abnormality’ over the weekend. // State-run media reported on Saturday that the country’s first moon rover had run into trouble due to ‘the complicated lunar surface environment.’ By Monday afternoon, ‘Jade Rabbit lunar rover’ had shot to the top of the most-searched terms list on Sina Weibo, a Chinese version of Twitter.” (AFP)

“Apology compulsion” for Cultural Revolution misdeeds. “But as the vitriolic reaction to Song Binbin’s apology shows, Chinese society is not ready for a public reckoning. There is simply not enough good will to accept the apologies of the Cultural Revolution’s criminals. // The question remains whether society can come around before all of the victims have died, and the Cultural Revolution becomes yet another tragedy in our history that never receives the public airing it deserves.” (NY Times)

Conflict? “Beijing’s municipal propaganda department has taken over a stake in the city’s outspoken Beijing News daily newspaper, ending a decade of partial ownership by the Southern Media Group in which the paper did not shy away from reporting controversial issues. // The Publicity Department of the Beijing Municipal Communist Party Committee has acquired a 49 per cent stake in the daily publication from the Southern Media Group for 294 million yuan (HK$374 million), according to an internal agreement dated Friday.” (SCMP)

Still the woman of the hour. “Tennis has been good to Li Na, but Li Na – the new Australian Open champion – has been even better to tennis. // Stacey Allaster, the chief executive of the Women’s Tennis Association, says it is no coincidence that the sport has experienced such rapid growth in Asia since Li started to reach the business end of Grand Slam tournaments.” (WSJ)

Crisis in Dongguan. “Dongguan, a city in Guangdong Province, on Tuesday refuted rumors that there were more than 2,700 KTV waitresses infected with HIV/AIDS in the city. // It instead put the total figure at closer to 2,000, and admitted that the city is entering a high incidence period of HIV/AIDS.” (Global Times) 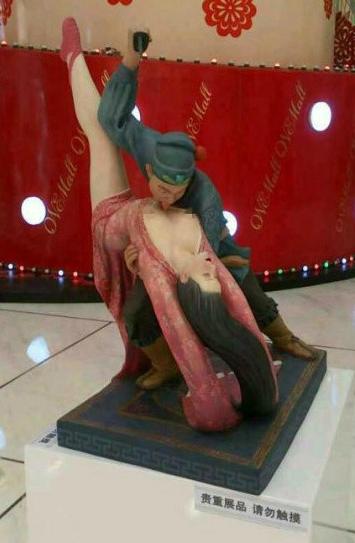 Above via Shanghaiist: “A sculpture showing Wu Song, a fictional character in the classic Chinese novel The Water Margin, killing his sister-in-law Pan Jinlian has been removed from an shopping mall in Shenyang after people complained that it was ‘too vulgar.’”

Lang Lang performs with Metallica at the Grammys interlude, via Shanghaiist:

“Why China needs to rethink the way it treats the foreign press.” (Evan Osnos, The New Yorker)

“Dongguan’s Shipai Town has been voted ‘The Most Beautiful Small Town in China’ in the second annual edition of the award.” (The Nanfang)

Baidu heat map of Chinese travelers during Spring Festival, via Tech in Asia: 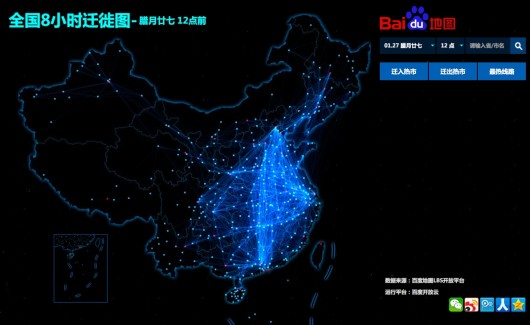 Via Bridgers’ Finds: “Li Na after winning the Australian Open. Her shirt reads ‘Your heart has no limit’”: 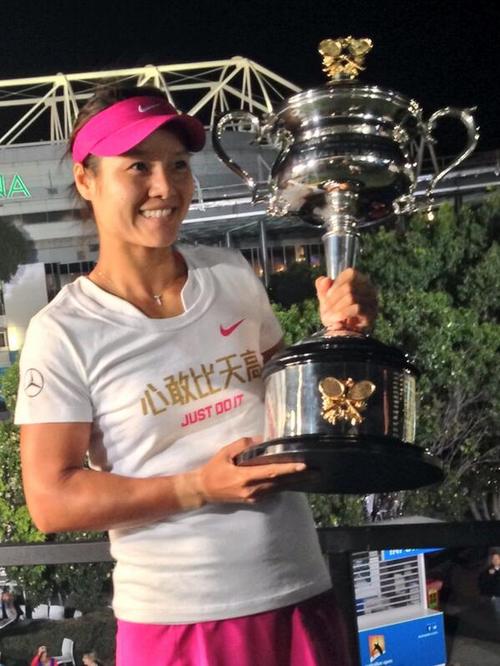