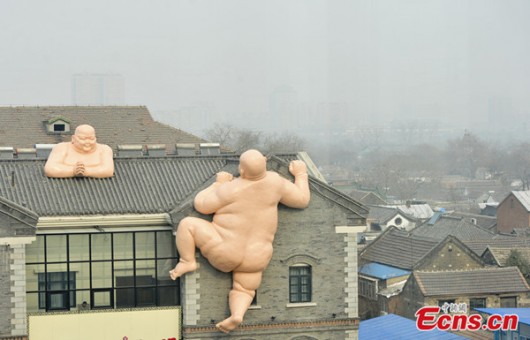 Belated but here links. Also: a recommended event for you storytellers in Beijing: “Putong Hua: Secrets,” Zajia Lab on Wednesday at 8 pm.

It hurts so bad to read the Daily Mail. But Time, CBS, Huffington, come on. “Over the weekend, a story that originated on the smut-ridden UK-based Daily Mail went viral among major media outlets across the world. Time, CBS, and the Huffington Post were among the dozens of online news media who published stories about Beijing residents flocking to giant TV screens to see fake sunrises during heavy pollution last week. Most of these stories were accompanied by the same photo of a massive TV screen in Tiananmen Square with a sunrise appearing on it. // In truth, that sunrise was probably on the screen for less than 10 seconds at a time, as it was part of an ad for tourism in China’s Shandong province.” (Tech in Asia)

A reporter returns to China… “I told her I was writing about the strike at Southern Weekend, a liberal Chinese newspaper, after state censors meddled with an editorial last winter. ‘The censorship at the paper has always been very severe,’ I said. ‘Frankly, I’m surprised the reporters put up with it for so long. If I were one of them…’ // Grandma cut me off. ‘Of course you are surprised. You’ve been abroad too long,’ she snapped, putting down her chopsticks with a clatter. ‘This is just the way Chinese journalism works. Do you understand? China is not America!’” (Helen Gao, Sinosphere)

Maybe it’s Li Na’s year. “After straight sets victories in her first and second round matches at the Australian Open, China’s Li Na was pushed to the brink by Lucie Safarova, who had a match point to win in straight sets. // An unforced error by the Czech player allowed Li, the fourth seed, back into the match. // ‘Five centimeters saved me,’ Li said. ‘If she hit that in…(the) whole team (would be) on the way to the airport.’” (WSJ)

Glad to hear it. “Lady Gaga can sing legally in China again, more than two years after her provocative lyrics and persona landed her on a government blacklist. The change of heart by the censors means her new album, ‘Artpop,’ can be released in China.” (Sinosphere)

I'm so excited!!!! The Chinese Government Approved ARTPOP to be released in China with all 15 songs! Next I hope I can come to perform!

Rodman update. “Dennis Rodman has checked into an undisclosed alcohol rehabilitation center to treat his long-time struggle with alcoholism, his agent says. // Darren Prince declined on Saturday to say which facility will treat Rodman and how long he will be there. Rodman recently returned to the United States from his latest trip to North Korea.” (AP)

At least they caught him. “A man in Shaoguan’s Renhua County who used lethal injection to capture dogs which he would sell to restaurants is facing jail for using the same poisonous cocktail to kill a man who tried to stop him. Mr. Ye was charged Jan. 15 after murdering the man who caught him in the act of seizing a dog in Dongtang Town’s Tanglian Village on Jan. 2, Yangcheng Evening News reports.” (The Nanfang)

Another sex scandal. “Qin Guogang once held a respectable post as an official in China’s ruling Communist party: He was associate dean at a provincial party school, where public officials study. Now, he is famous for a different position: On Jan. 13, a user of Sina Weibo, China’s Twitter, claiming to be Qin’s mistress uploaded images showing a naked Qin removing the underwear of a woman. The self-proclaimed former lover wrote that the images were pulled from a sex tape the two filmed together, and threatened to upload the entire video unless Qin confessed to authorities.” (Tea Leaf Nation)

“Watch: Woman in GZ celebrates like a lunatic after buying train ticket home.” (The Nanfang)

“A short documentary about a Chinese boot-camp-style treatment center for young men ‘addicted’ to the Internet.” (NY Times)

“Watch out, Baidu: Qihoo aims at 35% share of China’s search engine market by end of year.” (Tech in Asia)

“Most stubborn nail house of Fujian,” via Hug China: 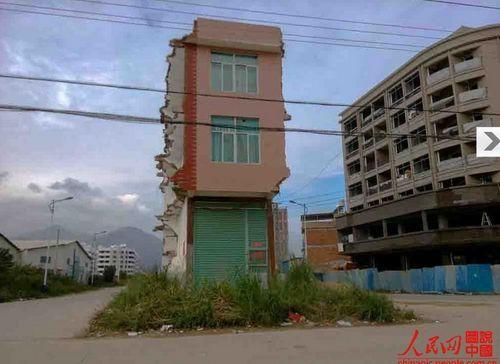 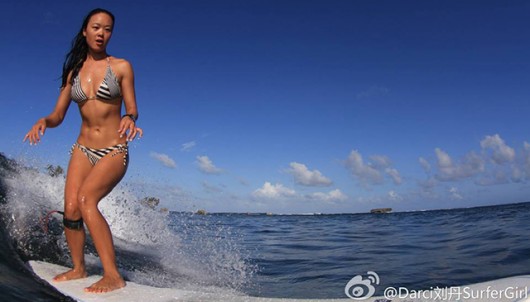