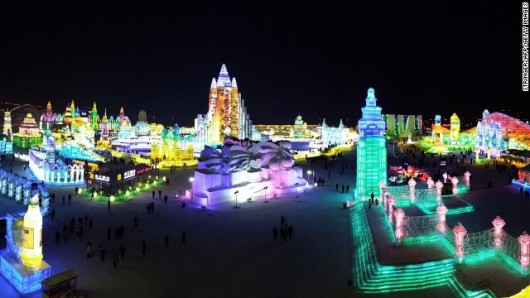 Sorry this comes late. These links will get you ready to check out ice and snow festivals.

No. “Amy Chua, the self-proclaimed ‘Tiger Mom’ who, in 2011, published a book arguing that Chinese women are superior mothers — thus their offspring superior children — has even more to say. // In ‘The Triple Package,’ Chua and her husband, co-author Jed Rubenfeld, gather some specious stats and anecdotal evidence to argue that some groups are just superior to others and everyone else is contributing to the downfall of America.” (NY Post)

Featuring a story from BJC’s Xiao Yi. “The Story About Kim Jong-un Having His Uncle Eaten By 120 Wild Dogs May Have Started With A Satirical Tweet.” (Business Insider)

14 killed. “The stampede occurred outside the Beida Mosque in Xiji County in the Ningxia region, a part of northwest China dominated by members of the Hui ethnic group, a Muslim people who share some traits and cultural links with the country’s Han Chinese majority. Residents of the area were commemorating a religious figure associated with the mosque, Xinhua said.” (NY Times)

A China story. “How silly of me to think I could out-China China.” (Jottings from the Granite Studio)

Rumour or true? Teacher arrested for showing kids how to jump the wall? http://t.co/5fOJS8WVTf

Police in Inner Mongolia detain 8 PAP personnel over beating of trainee fireman that was exposed on Internet: http://t.co/H5KxWzLS2o

Breaking news: Reuters China and WSJ China unblocked. Both were blocked simultaneously on Nov.14 after JPMorgan's story with Wen.

Why residents of the 500-year-old Dashilar hutong in Beijing are unwilling to relocate to new homes? http://t.co/u2NxeoYLFc

How Brazil and the world view the U.S. and China. [MAP] pic.twitter.com/soy1CE4Bxa by @Amazing_Maps

Gotta be the most bizarre picture of the year – EITHER year. pic.twitter.com/FL8HgHaD61

Rock Me to the Moon — rock documentary — interlude, via WSJ:

“Guangzhou man loses iPad while on vacation in Norway, has it mailed back to him.” (The Nanfang)

“Brace yourselves: Lindsay Lohan has arrived in Shanghai.” (Shanghaiist)

“In China you can now hail a taxi and pay the driver on WeChat.” (Tech in Asia)

“Britain a ‘gay nation’ in Chinese pop culture.” (The World of Chinese)

“It is dangerous to live in these half demolished houses, but residents in Nanning have no choice.” (Hug China)

Did you know Inner Mongolia has an Ice and Snow Festival as well? Via Zuma Press via WSJ: 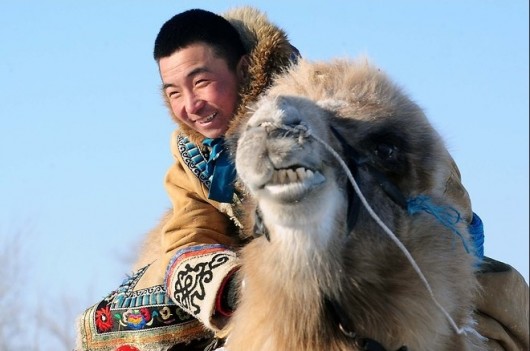