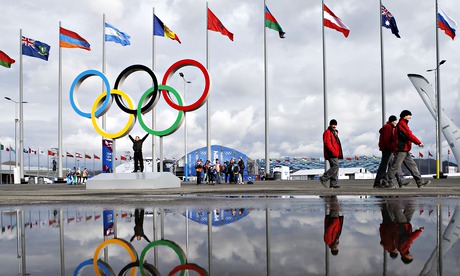 The first event of the Winter Olympics in Sochi, Russia begins in about twelve hours, with the opening ceremony happening on Friday at 8 pm Sochi time (midnight for those in China). By now you’ve probably already decided to watch on the decent chance that it becomes a delightful disaster, but lost in all the stories about stray dogs, toilets, substandard facilities and Potemkin villages is the fact that sports will be on display. China is seeking to improve on its performance from Vancouver 2010, at which it tied its all-time high with 22 medals and set a new team record with five gold. Here’s your guide on five things to watch for out of its 139-member Sochi delegation.

1. Can Fan Kexin be a successful stunt double?

Short track speed skater Wang Meng is China’s most decorated Winter Olympian and was considered as near a certainty in the 500m event in Sochi as you’ll find in the sport. But it’s a dangerous discipline, and a collision with an as-yet-unnamed (and no doubt very unpopular) male teammate in training just a few weeks ago left her with a double ankle fracture and her Olympic dreams in tatters. China will now hope that Wang’s back-up, Fan Kexin, can keep the gold medal in Chinese hands: Fan has the talent to win in what is now a wide open race, but she’ll face fierce competition from a South Korean trio that includes 17-year-old Shim Suk-Hee as well as contenders from Italy and Canada.

2. Will China clean up in the aerials?

While China is a bona fide Summer Olympics power, a 7th place finish in Vancouver four years ago was the only time China has placed in the top 10 in nine attempts. But well respected stats agency Infostrada Sports is predicting that China will sweep the medals in the freestyle skiing aerials events for both the men and the women.

For those unfamiliar with this sport, it’s essentially gymnastics on skis, and China has successfully transplanted a number of former gymnasts to create a formidable team to rival its diving and table tennis outfits at the Summer Olympics.

Of all the names to watch in Sochi, Xu Mengtao will be desperate to banish the memories of four years ago in Vancouver: she led after the first of two jumps in the final but couldn’t stick the landing on her second jump and finished 6th. The event is now an elimination final instead of a combined points score as before, and that could benefit the consistency of the Chinese team.

In Vancouver, Shen Xue and Zhao Hongbo – a couple both on and off the ice – broke decades of Russian and Soviet dominance to win gold in the pairs’ figure skating event. Pang Qing and Tong Jian – who are also romantically involved – won silver after setting a new world record in the free skate element of the event. But they were inevitably overshadowed at every turn by their teammates Shen and Zhao. The golden couple has now retired, but Zhao is one of the national team coaches and will be doing all he can to help Pang and Tong move up from silver to gold. Tong, incidentally, is the oldest member of the Chinese team at 34, and will carry the Chinese flag at Friday’s opening ceremony.

4. Can Jiangsu province win any medals for China?

The vast majority of China’s 66 athletes hail from northeastern Heilongjiang province, and the vast majority of those come from the frozen city of Harbin. A few stragglers come from Jilin and Liaoning – the other two provinces in the top right corner of the country – while just two athletes come from Jiangsu, located on the east coast just above Shanghai. And that’s it. The other 29 provinces, municipalities, autonomous regions, SARs and Otherwise Clumsily Named Areas account for a combined total of zero athletes.

Those two from Jiangsu? Qi Guangpu, who has a good chance in the men’s aerials, and Ning Qin, China’s sole moguls competitor, who spends most of her time training in Whistler, Canada, but is a long shot for a medal at best.

5. Who will thank the motherland?

And, more interestingly, who will not? Historically, Chinese athletes are expected to thank the motherland above all else – including their own mother. Short track speed skater Zhou Yang was criticized by China’s deputy sports minister for thanking her parents but not her country after winning gold in Vancouver four years ago. Don’t be surprised if she again chooses mother over motherland if she wins in Sochi.

Similarly, Li Na’s speech after winning the Australian Open last month trended on Twitter as #funniestspeechever, though naturally some on Weibo pointed out that while she thanked her coach, husband, agent, sponsors, fans and pet goldfish Nemo, she failed to mention her country. Reaction online in China was largely positive, though, with only the usual state media suspects banging the China Is Fully Responsible For All Victories drum, so attitudes have definitely come a long way. But that won’t stop the controversy should a Chinese athlete show less than the obligatory 110% patriotism. And God help them if they thank one of China’s 10 foreign coaches instead… 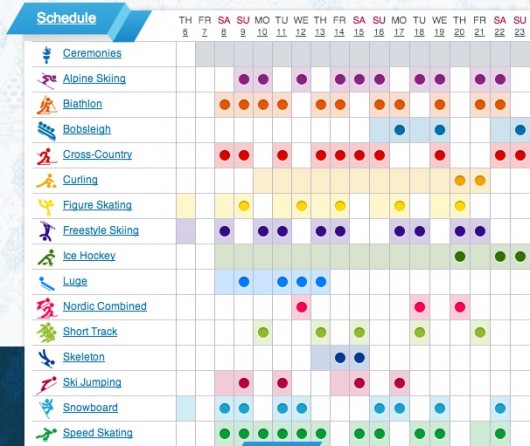