On January 28, 1986 the Space Shuttle Challenger disintegrated over the Atlantic Ocean, tragically killing its heroic crew. 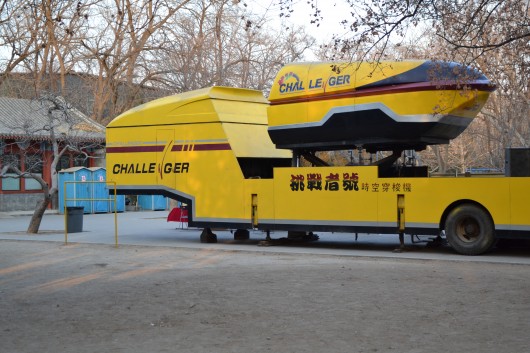 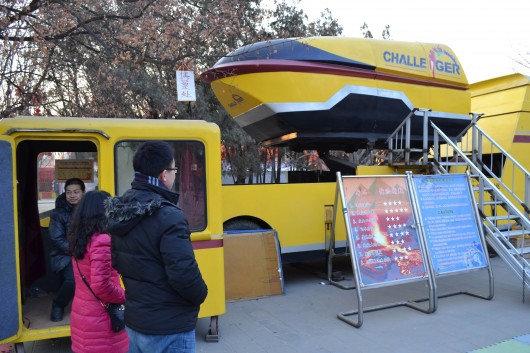 Or rather a space shuttle simulation called The Challenger 挑战者号. Clambering aboard, I was hoping for some sort of black humor ride that simulated a perfectly normal space voyage and then the inky blackness of death. 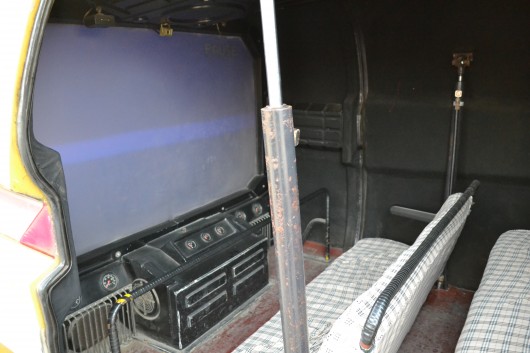 Instead, I got a bizarre 5 minute shaky space roller coaster reminiscent of the 1995 computer game Descent. The image below is not out of focus — it was actually this low-def. Even worse, the motions of the ride weren’t in sync with the video. 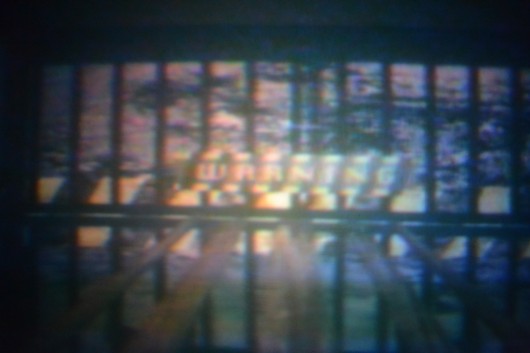 Stumbling out of the Challenger, I felt no need to buy the 30 RMB xiaolongbao that the vendors were selling. I just wanted to go home.

2 Responses to “Flying the Challenger at Ditan Park”