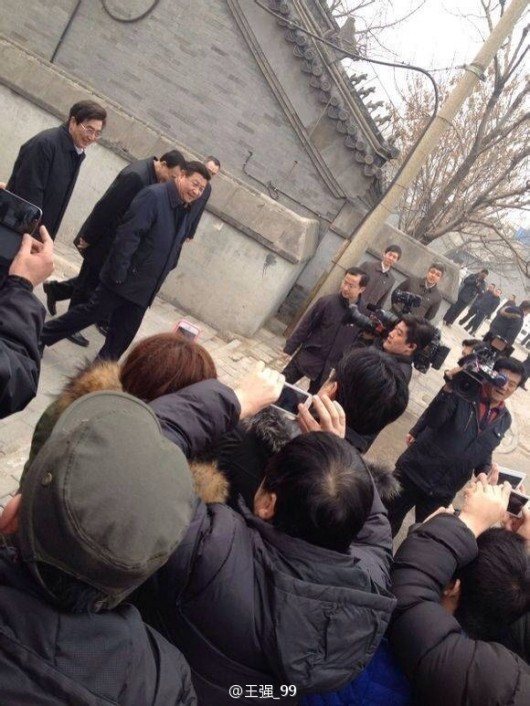 PR machine’s doing its job. “Xi Jinping was walking in the trendy traditional neighborhood of Nanluoguxiang on Tuesday, stopping to chat with local youths and visiting the home of a nearby resident, the Associated Press reports. It appeared to be yet another carefully planned, nominally impromptu event designed to show that China’s president is more in touch with the people he leads than his predecessors.” (Washington Post)

Could work. “A Chinese man in a smoggy northern city has become the first person in the country to sue the government for failing to curb air pollution, a state-run newspaper reported on Tuesday. // Li Guixin, a resident of Shijiazhuang, capital of Hebei province, has submitted his complaint to a district court, asking the Shijiazhuang Municipal Environmental Protection Bureau to ‘perform its duty to control air pollution according to the law,’ the Yanzhao Metropolis Daily said.” (Reuters)

Yeah, it’s getting smoggy again. “He Dongxian, an associate professor with China Agricultural University’s College of Water Resources and Civil Engineering, said an experiment in Beijing over recent months showed a drastic slowdown in the photosynthesis process, which allows plants to thrive.” (SCMP)

Journalist stabbed. “Kevin Lau Chun-to, the former chief editor of Ming Pao, was slashed three times by an attacker who fled with an accomplice on a motorbike, said Simon Kwan King-pan, the chief inspector of the Hong Kong police. The attack happened shortly after 10 a.m. as Mr. Lau was walking from his car in the Sai Wan Ho neighborhood.  Mr. Lau was listed in critical condition at a local hospital with a wound in his back and two in his legs, and doctors said he faced a long recovery.” (Sinosphere)

Statues in Motion interlude, via Shanghaiist:

“Is China Preparing for a ‘Short, Sharp War’ Against Japan?” (Brookings)

“A Chinese ‘No Thanks’ for WhatsApp.” (Tea Leaf Nation) 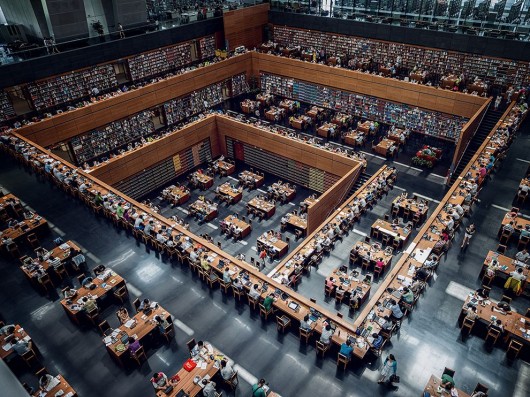 One Response to “Mid-Week Links: Xi Jinping drops in on Nanluoguxiang, China Daily is looking for expat bloggers, and smog!”