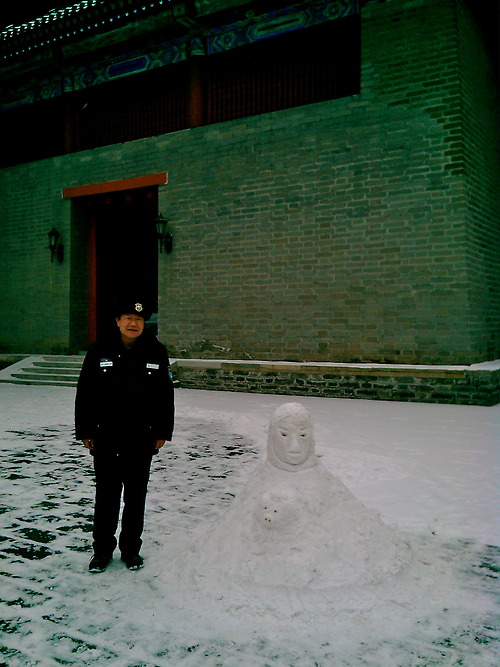 The days of clear roads are over, Beijingers. Commiserate with links.

Boon for brothels. “Over the weekend, China Central Television ran a series of investigative stories exposing widespread prostitution in Dongguan, a manufacturing hub just across the border from Hong Kong in southern China’s Guangdong province. Local authorities responded Sunday night by sending more than 6,500 police into the streets. // …Rather than earn a pat on the back from an outraged public, CCTV has been slammed for the reports, with many Internet users criticizing the broadcaster for exploiting Dongguan’s working women in a cheap bid for eyeballs.” (WSJ)

A different type of family gathering. “Scores of activists from around China have been converging on an eastern town during the Chinese New Year holiday to demand an investigation into the death of a fellow activist’s father at a government building. // Activists are pointing to the outpouring as a sign of resilience in their movement despite a recent spate of court convictions cracking down on rallies by fellow members of loosely knit grassroots groups. They estimate 60 to 100 activists have gone to the Shandong province city of Qufu during a period usually devoted solely to family reunions.” (AP)

Spring Festival in Xinjiang. “It was the first day of the Chinese new year in Urumqi, not that many Uighurs particularly cared. It’s not their holiday (although there was a Uighur language spring festival gala). But it was also a Friday, which meant the biggest weekly public prayer at the Grand Bazaar. The Bazaar itself, the world’s largest, was closed. Outside it, hundreds of Muslims laid out their mats, kneeled and prostrated themselves to the yodelling refrain of ‘Allah Akbar’ coming from the speaker system.” (Alec Ash, the Anthill)

They technically “announced” their intentions last November, but let’s all hope, once again, that China gets the 2022 Winter Olympics. “Beijing, along with Zhangjiakou in north western Hebei province, is vying with several other European cities to host the Winter Games, according to the plan outlined by the officials. // Five cities are in the running to host the event in eight years’ time- Almaty in Kazakhstan, Beijing, Poland’s Krakow, Lviv in Ukraine and Oslo in Norway.” (The Economic Times)

The most offensive comments of the week. “A Japan Broadcasting Corp. (NHK) governor handpicked by Prime Minister Shinzo Abe said the Nanking Massacre was a fabrication designed to cancel out U.S. atrocities during speeches supporting a like-minded candidate in the Tokyo gubernatorial election.” (The Asahi Shimbun)

To no one’s surprise, China’s air travelers are upset this time of year. “Holiday travel stress became too much for some of the 2,000 stranded passengers at an airport in central China, with some passengers smashing computers and causing a ‘riot,’ the Global Times newspaper has reported. // Flight delays at the Xinzheng International Airport in Zhengzhou, Henan Province, were caused by days of heavy snowfall in the region and  came at the peak travel season in China as workers were returning home from the weeklong Lunar New Year holiday.” (Sinosphere)

Wendi Deng. “Vanity Fair’s 12-page investigation into the life and times of Rupert Murdoch, 82, and his third wife Wendi Deng, 45, is finally out. It’s a rip-roaring read, with allegations veering from schoolgirl crushes to adultery to bullying behaviour towards staff and what Americans call ‘elder abuse.’ Never mind unbelievable bad taste. It’s a good old-fashioned hatchet job of the kind Murdoch usually rewards his own reporters richly for. He’s probably not so delighted when the subject is him and his upwardly mobile Mainland bride of 14 years, but hey ho, live by the sword, die by the sword.” (SCMP)

“Man falls into lake while driving on ice” interlude, via CCTV:

Follow Team China at the Olympics with this blog: (China Sports Insider)

Max Baucus confirmed as next US ambassador to China. (Washington Post)

“Is This Kate Spade’s Most ‘Pinnable’ Collection Yet?” via Refinery 29 (note: I have no idea what this means): 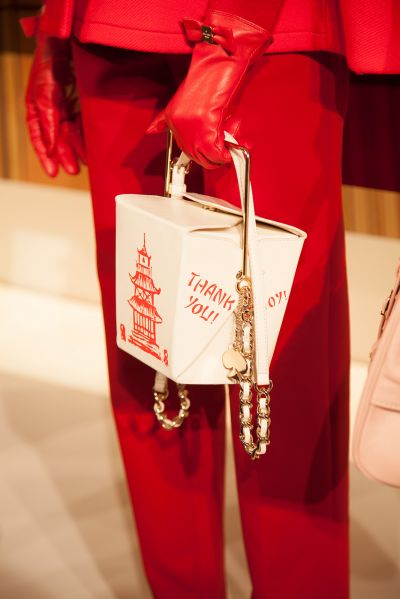