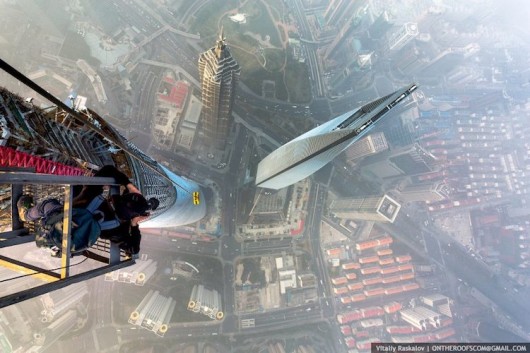 From Shanghai Tower, via That’s Online

Hope you had a nice Lantern Festival links. PS: I’m speaking at Dada on Wednesday at 7 pm or so for Beijing Creatives 7.0, so swing by if you’re interested in some inside-baseball blog talk.

On being disabled in China. “If you judged the country by its laws alone, China would be a global leader on disability rights. The ‘Laws on the Protection of Persons with Disabilities’, introduced in 1990, offer strong and wide-ranging protection of the civil rights of the disabled, guaranteeing employment, education, welfare, and access. But despite the high concerns of the law, Chinese cities make little concession to disabled people. As the sociologist Yu Jianrong has documented, raised pathways for the blind often lead into dead ends, bollards, trees or open pits, or else spiral decoratively but misleadingly. Wheelchair access is non-existent, especially outside Beijing or Shanghai, and guide dogs are effectively forbidden from most public spaces, despite the authorities’ repeated promises of full access.” (James Palmer, Aeon Magazine)

Really, really poor of Chinese media to fall for this. “Tencent, Asia’s biggest internet company, has fallen for a spoof news report about athletes having huge amounts of sex at the Sochi Winter Olympics. // The satirical American website The Onion carried a story entitled: ‘Olympic village tour: see where the athletes live, train and f— each other.’ The video showed supposed athletes having sex in almost every corner of the Olympic village, in gyms, canteens and stadium roofs.” (SCMP)

“Tear down this great firewall.” “A group of Chinese bloggers asked the United States to take up the cause of Internet freedom in an unusual meeting on Saturday with Secretary of State John Kerry. // One by one, the bloggers voiced concerns to Mr. Kerry, who arrived here on Friday to discuss regional issues with China’s leaders, that the ability of Chinese citizens to gain access to information was under siege and that the country’s prospects for becoming a democracy were uncertain at best.” (NY Times)

Differing accounts of Xinjiang attack. “Over the weekend, government officials released a few details of what they described as a separatist attack Friday in Wushi County, Aksu Prefecture, when a gang with bombs made from gas cylinders attacked a group of police officers. The police shot and killed eight of the gang members, and another three of the attackers died in an explosion they set off, according to the official account. Two police officers and two local residents were injured, it said.” (Sinosphere)

Stupid. “The 26-year-old man named Yang Jinhai jumped into the tiger cage at the Chengdu Zoo with a backpack full of rice. The tigers weren’t interested in the rice, but a tiger did bite the man. He was rescued by over 50 zoo employees before he suffered any serious injuries.” (China Hush)

Hmm. A good step? “China’s Cabinet has announced that 10 billion yuan ($1.6 billion) has been set aside this year to reward cities and regions that make significant progress in controlling air pollution, highlighting how the issue has become a priority for the leadership.” (AP)

Festival casualties. “Six people were killed in fires on Friday as Chinese celebrated the traditional Lantern Festival, the Ministry of Public Security said on Saturday. // A total of 2,581 fires were reported in China on the day of the festival.” (Xinhua)

A fun piece about curling. “[Marcel] Rocque was approached by Chinese curling officials while doing a radio broadcast at the 2013 men’s world curling championship in Vernon, B.C. He told them he was retired and initially declined their repeated attempts to recruit him. // ‘On several occasions I said I was flattered, but didn’t think it would work,’ Rocque recalls. ‘They kept coming.’” (CTV News)

Boo-hoo. “Scores of protesters marched through Tsim Sha Tsui yesterday in an “anti-locust” campaign demanding the government curb mainland visitors. // Protesters said a massive influx of mainland visitors – dubbed ‘locusts’ by critics, who accuse them of overwhelming the city and hogging its resources – had hit the livelihoods of locals.” (SCMP)

After its exposé on prostitution, China’s CCTV goes for even bigger target: sub-standard tissue paper http://t.co/n3RThMbtBd

Hugging it out in Beijing as a Valentine’s Day social experiment interlude:

(Mild spoiler alert.) “‘House of Cards’ Does Its Homework on China.” (WSJ)

“Woman proposes to boyfriend in Xiamen, he does not look happy about it.” (Shanghaiist) 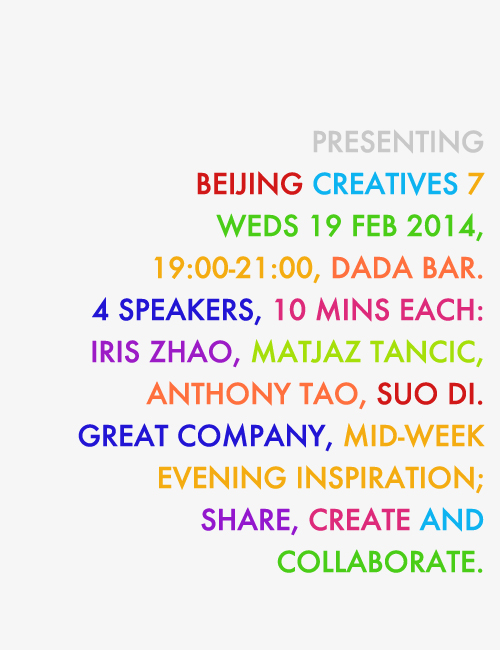