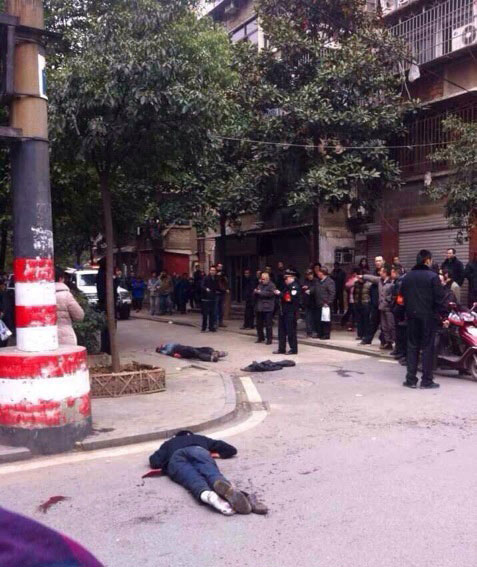 State media is reporting that at least three are dead after a knife attack this morning in Changsha, Hunan province. There were multiple assailants, one of whom was reportedly shot dead by police.

One suspect in the incident worked as a bread vendor and was involved in an argument with a customer, traffic radio in Hunan province said on its official Weibo microblog, citing the Changsha police.

Xinhua said a knife fight broke out between businessmen Hebir Turdi and Memet Abla – whose names suggest they are ethnic Uighurs from Xinjiang – at a market mid-morning.

“Abla was hacked to death by Turdi, who later stabbed four passers-by as he ran away. Police shot Turdi, killing him. Two of the passers-by died at the scene. The two others died in hospital,” the agency added.

Five people were hacked to death, and one person was fatally shot by police following a dispute at a market Friday in southern China, local authorities said.

The killings in Changsha, the capital of Hunan province, come two weeks after a knife attack in another southern city involving members of the ethnic Uighur minority from the far west region of Xinjiang, raising concerns the latest violence was ethnically motived. But reports from Changsha indicate it stemmed from a dispute that erupted between two food sellers. 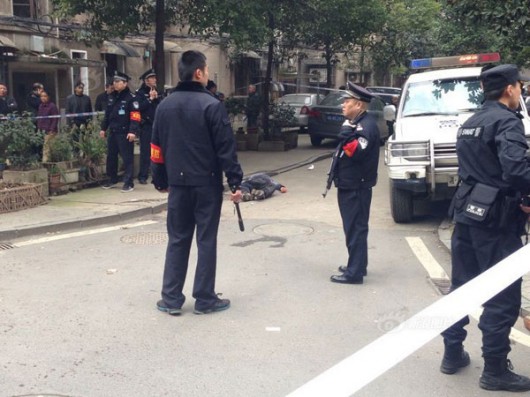 Here are some pictures via Sina Weibo: