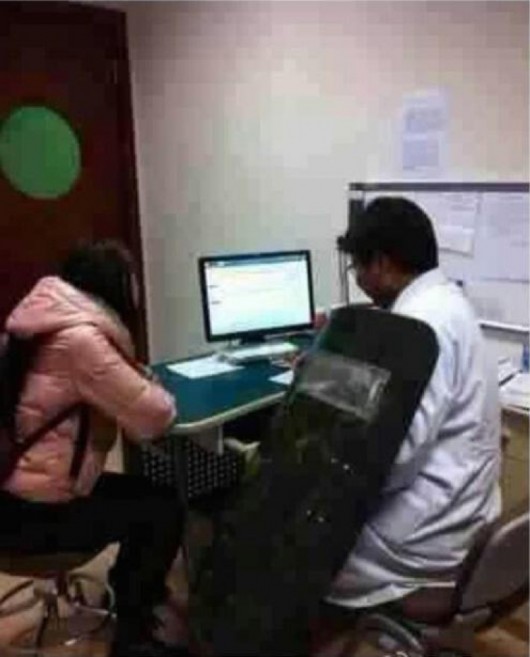 Spring is almost here, can’t you feel it links.

Kunming attack was intended to join “holy war,” but not in China. “A Chinese official said the eight suspects in a knife attack that killed 29 people at a train station over the weekend waged the assault after they were unable to leave the country to join a ‘holy war,’ state media reported Wednesday. // Qin Guangrong, the Communist Party chief of Yunnan province, made the remarks Tuesday while briefing the provincial delegation ahead of the opening of China’s annual ceremonial legislature in Beijing, state-run China National Radio said.” (AP)

In Xinjiang… “’No one relates to the victims of the Kunming terrorist attack better than the people of Xinjing,’ commented one Xinjiang native who has experienced first-hand the 2009 rampage in Urumqi, capital of China’s Xinjiang Uighur Autonomous Region, in which nearly 200 people, most of them Han, were killed by Uighur mobs.” (Offbeat China)

Corollary: “On Xinjiang’s Freedom Struggle and Oppression.” (East by Southeast)

Barely, barely qualified for next stage of Asian Cup. Chinese soccer, man. “Needing only a point from their final fixture against Iraq in Dubai to ensure qualification, China very nearly didn’t make it. With less than 20 minutes to go, China was 0-3 down to Iraq, while Lebanon was leading Thailand 5-1 in Bangkok, meaning that an unlikely 6-goal swing had been engineered and China was heading out.” (China Sports Insider)

NPC update: Hunan in the spotlight… and liking it? “What brought the media out of the woodworks, however, was something a bit less enjoyable for some of the delegates – and former delegates of the people – from the province. It was a scandal of improbable proportions – a total of 568 representatives to the legislature of the province and the city of Hengyang – were disqualified in connection with a vote-buying scandal.” (WSJ)

Sports and politics. “He was the John Motson of Chinese football, a television commentator and Gary Lineker fan who once taught Wayne Rooney a few lines of Mandarin slang. // But Li Chengpeng, 45, is now one of the sharpest thorns in the side of the Chinese government; a hugely influential and outspoken commentator who commands an online following over seven million. // On Thursday, he faced down a threat from Beijing police. ‘As a public figure, you need to be responsible for what you say and do,’ the police warned him, publicly. ‘Shall I wait for you at home, or shall I turn myself in?’ he responded.” (The Telegraph)

New Beijing airport. “Construction on a new airport in south Beijing is likely to start before July, local authorities have disclosed. // The new airport is expected to be put into use in 2018, according to Wang Xueqiu, senior political advisor of the northern Chinese city Langfang, where around one third of the airport will be.” (Xinhua)

Yes, people, you can die from drinking too much alcohol. “It all started on Tuesday (March 4) when a heavily inebriated man showed up at Chaozhou Hospital. A doctor tried to treat him, but the patient died from an alcohol overdose. The family, however, clearly believe the doctor didn’t do enough to save their relative, so they rounded up more than 100 people to protest at the hospital the following day, leaving the doctor distraught and in tears.” (The Nanfang)

Ah, if only. “It’s indicative of how bad patient-on-doctor violence has gotten that a photo of a doctor holding a riot shield during a consultation went viral on the Chinese web without people questioning it.  // …According to the Jiefang Daily however, the photo was staged by staff at the hospital as a joke (admittedly a pretty dark one, based on reality). Hospital administrators told the paper that doctors were not allowed to conduct admissions interviews holding riot gear.” (That’s Online)

Chinese tourists fighting on plane from Bangkok to Beijing interlude:

I did a double take: “Knives Removed from Uyghur NPC Deputies’ Banquet Table.” (Ministry of Harm)

“Does this job ad mean Facebook is gearing up to enter China?” (That’s Online)

“When in China, date the Chinese.” (The World of Chinese)