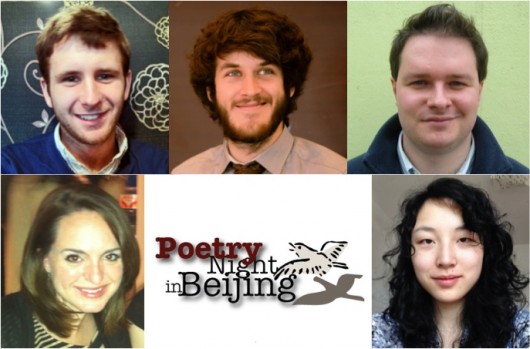 Last month we made an open call for poets to participate in a curated community event at the Bookworm Literary Festival, and the response was exceptional. Please consider this our official thank you to all who answered. The curators of Poetry Night in Beijing — Canaan Morse, Helen Wing and Eleanor Goodman — read nearly 200 poems before finally (painstakingly) choosing five writers whose works resonated with them in style and substance.

Keeping in mind that the process of evaluating art is imperfect and the final decisions are always subjective, we’d like to congratulate our featured poets who will be reading this Sunday at 8 pm at the Bookworm:

We’ve also invited Gower Campbell, who is 14 years old, to read one of his particularly impressive pieces. (Margaret Ross was also chosen, but she will be unable to make Sunday’s event.)

Let’s learn more about our poets, shall we? In their own words, presented in alphabetical order…

My first poem was probably in elementary school, and I’d bet it tried very hard to rhyme. Now, I write poetry whenever I encounter a crystallized moment or feeling that might want to be recorded in writing. Seamus Heaney, W.S. Merwin, Wislawa Szymborska, Anis Mojgani, Pablo Neruda, even Shel Silverstein; I love the work of many poets. But if I had to pick any single person who inspires me to write, it’s an old friend who lives on the other side of the globe now and taught me most of what I know about what it means to put words together.

In Beijing I spend most of my time as a software engineer and designer. I also ride a bicycle, drink tea, play ultimate frisbee, enjoy drinking games plus good conversation, and perform amateur standup comedy.

It was pretty shortly after I first started realising poetry was really doing something [that I began writing poetry]. Too shortly after. I had noticed something was happening, but hadn’t read enough to really understand what, or how. My first poems were rubbish. I was about twenty-one I think. I get my inspiration from other poems, mainly. Also the things people say. Presumably the rest of my experience has an impact, though how that sneaks in to affect my writing is more difficult for me to monitor. My suspicion is that the latter plays a slightly lesser role — or rather it is of course vital yet, somehow, beside the point. (So, for that matter, is “language” I think; vital, yet not quite it.) The main theme and inspiration behind those poems [that were submitted] is probably a sense of impotence.

John Ashbery and Frederick Seidel all the time. Vladimir Mayakovsky and Elizabeth Bishop most of the time. Sometimes Charles Tomlinson. The poetry of Eliot and Yeats was what started the ball rolling.

I’m a physics teacher in a high school. I’ve been in Beijing for almost three years.

I started writing poetry at school as a teenager. I’d had this inspirational English teacher who’d come over from Deerfield Academy, Mass, to my school in England: a man called Tedman Littwin. We read a lot of poetry, especially from an anthology called The Rattle Bag edited by Seamus Heaney and Ted Hughes. At the same time, I began to try to write poems. It’s sometimes hard to know what inspires a poem: sometimes it may be an experience or a response to something. Equally it could just be a phrase or part of a piece of music or anything. It depends on the individual poem. Quite a lot of inspiration comes from reading other poets; but, to be honest, a teeming metropolis like Beijing has a massive effect on my desire to write. As to the purpose of poetry, again I think this depends on the individual case: some people need poetry, others don’t. But poetry is a broad church: if it’s viable, it’s because it speaks to a wide range of people in a wide variety of ways.

I moved to Beijing, with my wife Fongyee Walker, in 2007. We both taught at Tsinghua University, where I still teach, in fact. We also set up a wine education and consultancy business called Dragon Phoenix. When I was made an Associate Professor at Tsinghua in 2010, I created a class in wine for Tsinghua University. I’m very lucky because I get to teach both poetry and wine to dynamic Chinese people of various ages and backgrounds.

I believe I first wrote poems when I was in middle school, after we learned about poetry in class. The art form really inspired me then. I remember the poem I first read was “Grass” by Carl Sandberg. It gave my chills. I get a lot of inspiration from daily life and how my environment affects the way I feel. China has been a big inspiration because of all of the sounds and colors (or lack of color on a smoggy day). I have a long list of phrases and words I have jotted down as I have made my travels throughout the city. I hope to put this list to use soon.

My untitled poem about God came from a moment I had in a pet store in Columbus, Georgia. Whenever I feel sad or lonely, I like to surround myself with animals, especially puppies. They are the best antidepressants in the world. On this particular day, I was going through a difficult time in my life where I was questioning the existence of a power greater than myself, whom I choose to call “God.” I actually had come to the conclusion that there is no such thing as God. The idea that the world and universe are spinning with no purpose or direction, which meant my life was spinning with no purpose and direction, had me feeling empty inside. After playing with some puppies and petting some bunnies (and feeling a little happier), I walked back to the aquarium department to look at the fish. I was walking from one aquarium to another when I came face to face with a Lion Fish. I had seen these fish before, but for some reason this one really stopped me in my tracks. It was beautiful. It was then that I became convinced that there is a greater power at work in the universe, because I saw design and craft in that fish, not to mention it was living. It was that moment I had a profound sense of some great power at work in the universe. Nothing that beautiful could be made by mistake AND given life. An artist made it.

I’ve been trying to write short stories in English since I moved there age 4, and only started writing poetry when I was 15 or 16. I was applying for a creative writing group (the Yorkshire Writing Squad) that required a portfolio of 10 pieces. I thought poems would be quicker to write than short stories, so… To my surprise, when I was accepted into the group, I was introduced to the others as “the poet of the group.” That gave me a kind of identity that I think gave me license to develop my poetry writing.

Part of the purpose of poetry is to get words and rhythms out of your head and onto paper and into other people’s heads. The inspiration for my poems is fairly self-explanatory, I hope! I aim for clarity and not for complication. The poems I’ve chosen here have two main topics: the experience of being an immigrant, and the experience of seeking polyamory.

Philip Larkin, e.e. cummings, Rumi, Ezra Pound, and wow, answering this question makes me realise I haven’t read poetry for a while. I’ve been here since September 2013. I am a Visiting Student at Beijing University, where I mostly study economics, statistics and sociology. I also work part-time researching China’s financial stability for the Institute of New Economic Thinking. I haven’t written any poems about economics yet, but I hope to break down that barrier, and one poem is in the pipeline… 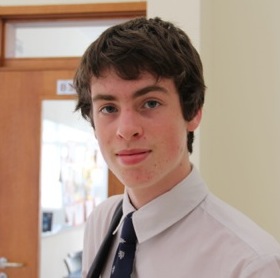 I have just turned 15 and I have been writing poetry for as long as I can remember. My experience comes from my travels in England with my mother and in South Africa with my dad. I now go to Harrow International School in Beijing. I have been there for the last two years. Here I have found many friends, wolves and seals who have all helped me with my poetry. Poetry to me is creating and expressing my emotions on the page. Poets perform for audiences, sharing and giving life to their work as they speak. A person’s poems can bring people to tears and make them happy, showing that the pen is truly greater than the sword.

Poetry Night in Beijing is this Sunday at 8 pm at the Bookworm (where tickets are still available). In addition to the poets above, also presenting will be Canaan Morse, Eleanor Goodman, Helen Wing, and myself.