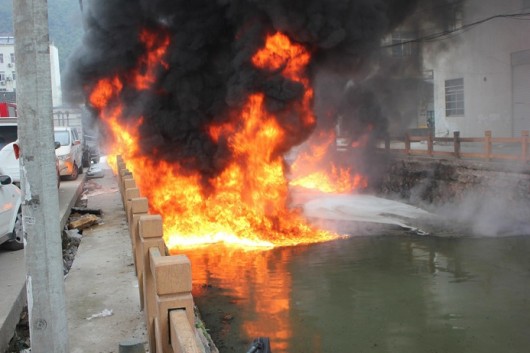 A river in Wenzhou simply caught on fire last week when someone threw a cigarette it in. Repeat:
river fire. Via Buzzfeed

Hope you’ve been enjoying the literary festival. A reminder that the deciding Game 5 between Beijing and Guangdong is tomorrow at 7:30 pm. Links follow.

MH370 update: Malaysian authorities think flight went off-course; they still can’t find anything. “As criticism mounted of the Malaysian authorities’ inability to find any trace of the jet, they have repeatedly insisted that they were doing their best to solve the mystery of Malaysia Airlines Flight 370, with scarce data and almost no precedent. Yet the government and the airline have also released imprecise, incomplete and sometimes inaccurate information, with civilian officials sometimes contradicting military leaders.” (NY Times)

Oh great, another Andrea Yu. “Officials at China’s rubber-stamp parliament are calling on seemingly planted foreign journalists to ask soft questions in an apparent bid to appear open to independent scrutiny, provoking grumbles after a similar controversy two years ago. // At a press conference on the sidelines of the National People’s Congress Tuesday featuring China’s central bank governor Zhou Xiaochuan and other top officials, the moderator called on Louise Kenney, who said she was a reporter from ‘Australia’s Global CAMG.’” (AFP)

China and House of Cards. “If articles in the China-watching press are to be believed, we have recently learnt a lot about the viewing habits of senior Chinese leaders. Xi Jinping, the Chinese president, reportedly considers the American classic The Godfather his favourite western cinematic indulgence. Wang Qishan, the former vice-premier of finance and now ultimate arbiter for discipline on the Communist party’s standing committee, is said to favour House of Cards. Mr Wang has purportedly told colleagues in Zhongnanhai, the cloistered leadership compound, to keep abreast of the Netflix hit. He apparently was so transfixed by early episodes that he instructed underlings to check the release date for season two.” (Financial Times)

Start lining up now to save, you know, 30 kuai. “McDonald’s outlets in Hong Kong and Taiwan will be giving away hundreds of thousands of McMuffins as part of the company’s National Breakfast Day promotion.” (That’s Online)

“Resurrecting One of China’s Most Embarrassing Court Decisions.” (WSJ) 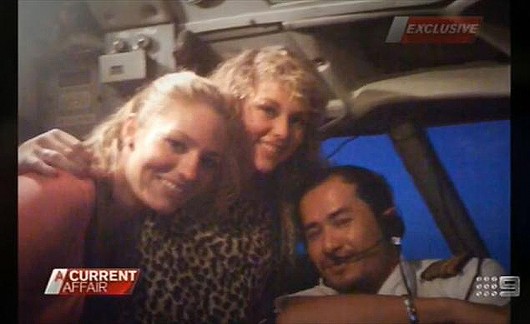