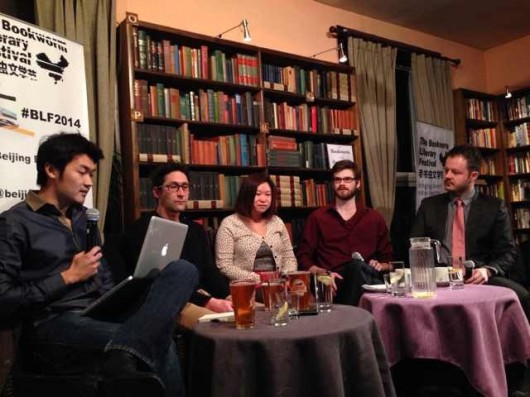 Thanks to everyone who attended the Blogging China panel last night at Bookworm with Jeremy Goldkorn, Mia Li, Alec Ash and Tao Stein. If you were there and it inspired you to blog, get in touch!

“China blogs Hall of Fame.” “I’ve split this into four lists: fallen heroes, golden oldies, new stars, and hidden ninjas. I’m selective, but if I’ve missed any big ones, do add them in the comments, along with which category you think it belongs in.” (Alec Ash, the Anthill)

Chilling. “There have been no reports of anyone answering calls to the cellphones of passengers or flight attendants aboard the plane. // Investigators do not know if anyone aboard the plane even tried to make a call. Passengers would have quickly become unconscious if the plane depressurized as it soared to an unusually high altitude right after the turnaround, pilots said. Whoever diverted the plane could have disabled the release of oxygen masks.” (NY Times)

One more. “Former U.S. ambassador to China Jon Huntsman said the disappearance of Malaysia Airlines Flight 370 could bring China and the U.S. closer by reviving military-to-military collaboration in areas he said had languished. // In particular, ties between the two countries on emergency-related search and rescue are ‘woefully inadequate,’ he said. ‘Sadly enough, sometimes you need a tragedy to stimulate further cooperation.’” (WSJ)

Twitter CEO Dick Costolo in Shanghai. “Instead of trying to get Twitter into China, Mr. Costolo may simply be seeking to understand the world’s largest and most isolated Internet market. Though many products on China’s Internet remain copies of products coming out in the U.S., intense local competition and specific demands of local users are slowly leading Chinese companies to push in directions not anticipated by Silicon Valley.” (WSJ)

Groan. “One of 20 participants stands on tiptoe of one foot while keeping one hand on a car during an endurance contest to see how long a person can touch a car while in different poses in Southwest China’s Chongqing city, March 16, 2014. Finally, a man named Wu Deqi persevered to the last, defeating the other finalists who were selected from four previous rounds in the contest that started two weeks ago. He won the right of using a car worth 300,000 yuan for 20 years.” (Ecns.cn)

And other theories… “Could missing MH370 flight have been ‘swapped’ mid-air?” (Yahoo)

“If Kickstarter isn’t a solution to everything, you may turn to these Asian platforms.” (TechNode) 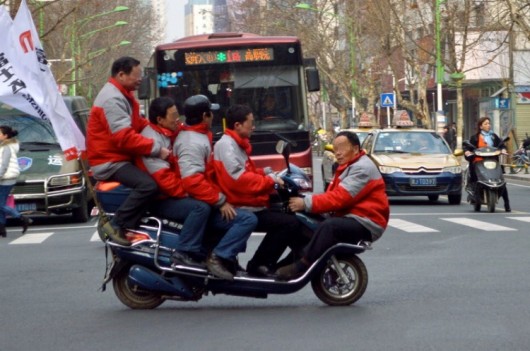