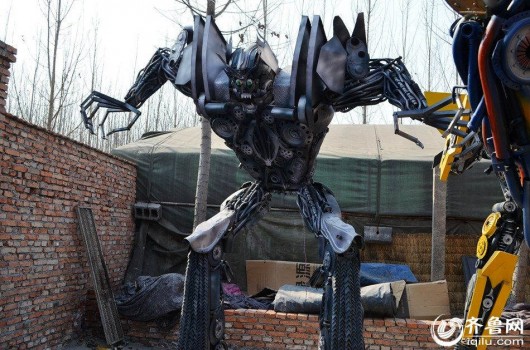 China’s obsession with Transformers is evident in box office revenue, filming location (Transformers: Age of Extinction has scenes from Wulong county in Chongqing), and this massive Optimus Prime in Kunming. We can now add another chapter to the legend, thanks to “repairmen” in Jinan, Shandong province.

As People’s Daily tells us, Optimus Prime, Bumblebee, and “more than 20 other ‘autobots’” were made “of discarded parts by some repairmen in 20 days.” One of the Transformers is reportedly 16 meters tall and weighs five tons. “Twenty days” by “repairmen,” eh?

However these were produced, they’re glorious: 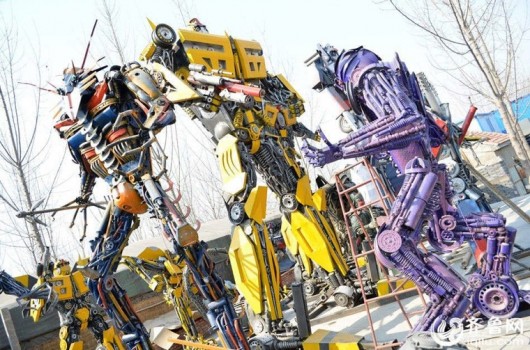 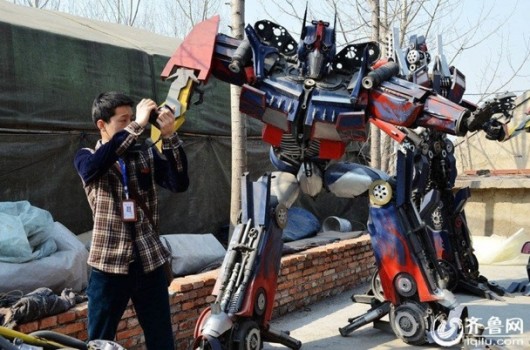 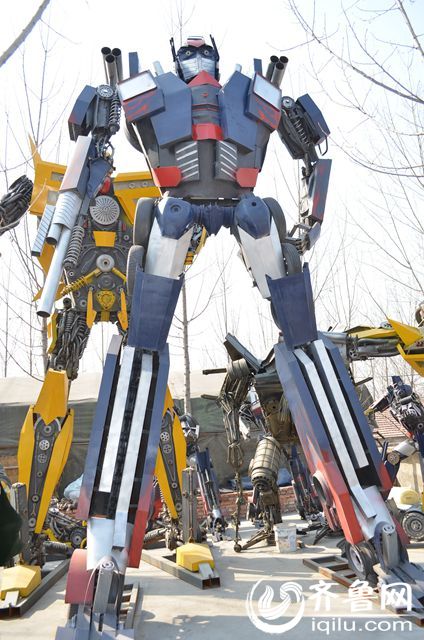 Not sure why this one doesn’t measure up to size though: 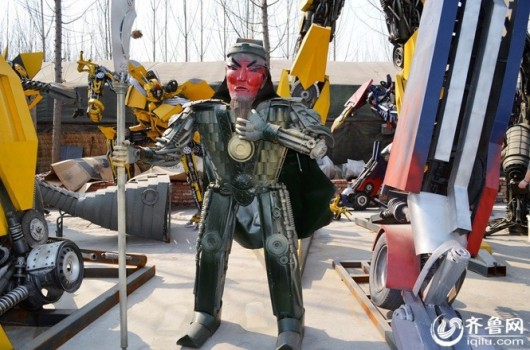 More in the link below.