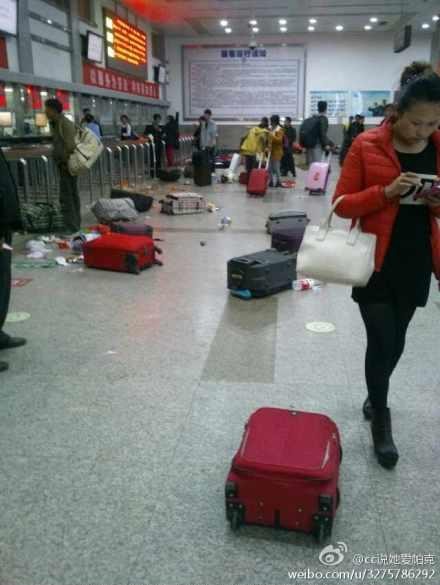 At least 10 men wielding long knives began indiscriminately attacking pedestrians in the waiting hall of Kunming Railway Station yesterday around 9:20 pm. The initial death and injury count vary, but the latest from Xinhua places the number at 29 dead and more than 130 injured. (Others put the number as high as 33.) Official reports say Xinjiang separatist forces are responsible for this “3-1 terrorist attack.”

Police reportedly shot dead five attackers at the scene and are searching for the others. Chinese president Xi Jinping put out a statement calling for an all-out effort to find and “punish the terrorists in accordance with the law.”

The attack coincides with the arrival of deputies from around the country to Beijing for the second session of the 12th NPC, which opens on March 5.

Some graphic photos have been collected on Liveleak. 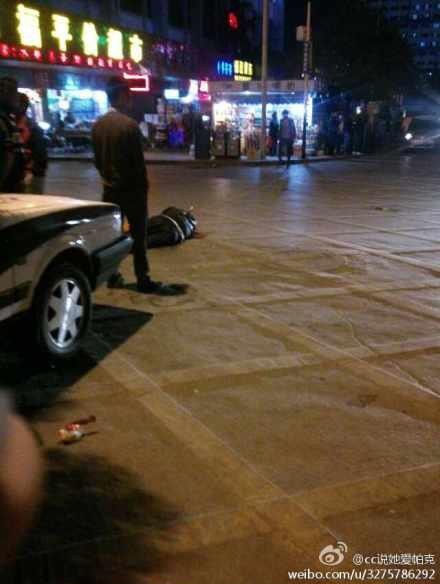 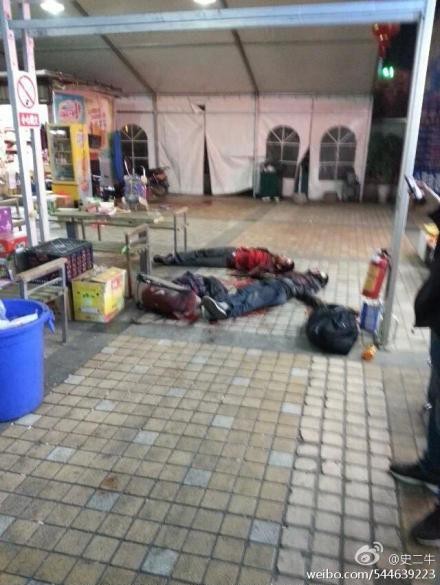 UPDATE, 3/2, 3:42 pm: Since more than a few people have brought this up, let me address this above the comment section: the quote marks around “terrorists” are not meant to imply the attack somehow doesn’t fit the literal definition of terrorism. It plainly does. But if the marks are guilty of making any implication, it’s that there’s a conversation to be had, at the appropriate time, about the word itself — how we use it, how governments use it, how the media uses it. Of course, many other issues are at play. Kaiser Kuo has begun a compelling conversation on Facebook, which you can join here.