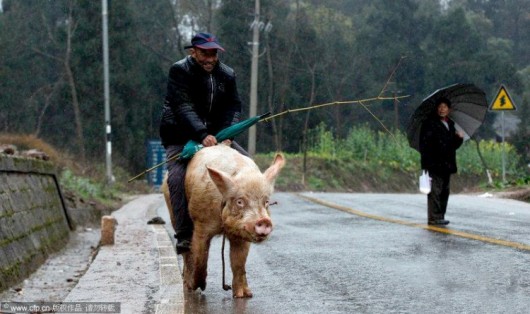 Happy St. Patrick’s Day links. I’d be remiss if I didn’t mention real quick that Poetry Night in Beijing packed the house last night, so thanks to all those who came out. And of course, thanks to all our readers and Canaan, Eleanor, and Helen. We’ll have to do that again sometime.

MH370 update: “A Malaysian passenger jet missing for more than a week had its communications deliberately disabled and its last signal came about seven and a half hours after takeoff, meaning it could have ended up as far as Kazakhstan or deep in the southern Indian Ocean, Prime Minister Najib Razak said Saturday. // Najib’s statement Saturday confirmed days of mounting speculation that the disappearance of the Malaysia Airlines Boeing 777 with 239 people on board was not accidental, and underlines the massive task for searchers who already been scouring vast areas of ocean.” (AP)

MH370 update 2: terrorism seems less and less likely, but, again, who knows. “A central puzzle is why anyone would hijack a jetliner and then fly it for hours over the open ocean, as seems to be the most likely case. On Saturday, the Malaysian authorities opened a criminal inquiry after learning that two tracking devices aboard the aircraft had been turned off several minutes apart, indicating deliberate action, and that the plane appeared to have flown for as long as seven hours more.” (NY Times)

Corollary: A nice round-up of conspiracy theories that grow more plausible by the day. (Global Voices)

On the 6th anniversary of protests. “Sources tell VOA’s Tibetan Service, Losang Palden, a monk from the Kirtit Monastery in China’s Sichuan province set himself on fire near the monastery. Chinese security forces took Palden away but it was not clear if he was alive or had died. // A second monk set himself on fire in an ethnic Tibetan area of northwest China.” (Voice of America via China Digital Times)

Okay then. “Shanghainese men prefer plump women more than do men elsewhere in China, a survey by matchmaking website jiayuan.com revealed today, White Day. // The survey involved 18,019 respondents nationwide regarding their preference of the opposite sex. // White Day is a custom that started in Japan in which men given chocolate or other gifts to women who gave them chocolate on Valentine’s Day.” (Shanghai Daily)

Was not aware of this amazing fact: “In the Paralympics, China has 783 medals at the Summer Games, and zero at the Winter Games [NB Wikipedia's Xinhua-sourced stats give China as many as 794 medals, but the IPC has 783]. But that could be about to change: the wheelchair curling team is through to the medal round and will have two chances on Saturday to win their country’s first ever Winter Paralympic medal. The semifinal game against Canada starts at 1330 Beijing time, with the bronze/gold medal games starting at 1930.” (China Sports Insider)

Kissing a snapping turtle, via Kotaku: 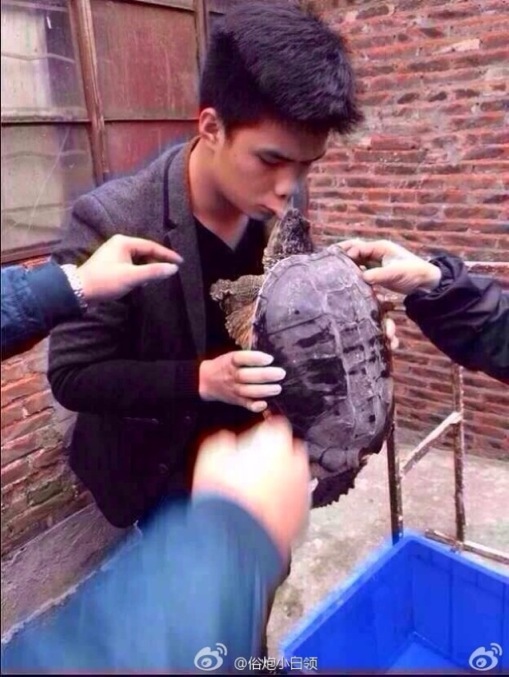