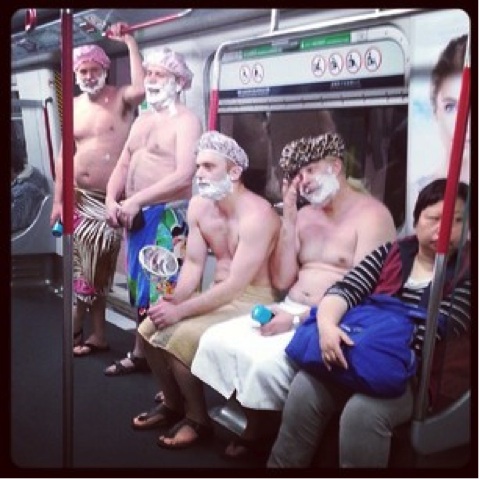 We’ll have stuff to say about the Colbert mess in a bit, but other links for now. Congrats to New Zealand for winning Hong Kong Rugby Sevens.

Big environmental protest in Guangdong results in deaths. “Four teenagers, two males and two females, were allegedly killed during clashes between protesters and police on Sunday as hundreds of residents in Maoming, Guangdong rallied to protest a PX (paraxylene) project, according to a post uploaded by a Sina Weibo user based in Maoming. // During the night, the protest seemed to have escalated into clashes between protesters and the local police force. Several residents were hurt and the police and paramilitary forces seem to have sealed the city, according to one Weibo user who is on the scene.” (The Nanfang)

Most people called it “Weibo” anyway. Not to be confused with “weibo.” “Sina Weibo is now officially just Weibo. China’s Twitter-like social forum dropped the former half of its name as it prepares for a public listing in the US (hat-tip to TNW for spotting). The site’s logo has been altered accordingly.” (Tech in Asia)

Taiwan protest intensifies. “More than 100,000 demonstrators took to the streets of Taipei on Sunday to protest efforts by the government to approve a trade pact with China and to show support for the students who have occupied Taiwan’s Legislature for nearly two weeks.” (Sinosphere)

“China’s political gamble of the century.” “As Xi and his colleagues in the politburo’s standing committee have moved to consolidate their power and set their course, it has become clear that his ‘comprehensive deepening’ of reform will be implemented through reinvigorated party control. For years now, many of my friends, both Chinese and foreign, party members and outspoken critics, have been looking for evolutionary steps towards a greater separation of state and party, more genuine rule of law (as opposed to mere rule by regulation), a larger space for NGOs and more open public debate. A few shards from those hopes remain in the current reform package, but there is not much. In a party directive known by the wonderfully Orwellian title of Document Number 9, seven supposedly subversive ideas are listed which the good comrade is not to countenance. The so-called Seven Don’t-Mentions include constitutional democracy, universal values and civil society.” (Timothy Galton Ash, The Guardian)

If only rationality were so easy. “China should treat the disappearance of Malaysia Airlines Flight 370 ‘rationally,’ a commentary in state media said on Monday, after days of lurid accusations by relatives insisting their loved ones could still be alive. // Under the headline ‘Treat MH370 tragedy rationally,’ the commentary in theChina Daily newspaper, which is run by the government, said: ‘It is certain that flight MH370 crashed in the Indian Ocean and no one on board survived.’” (SCMP)

City Weekend’s editor leaves Beijing. “She started as an intern and finished as managing editor – Sienna Parulis-Cook has spent most of the past nine years in Beijing eating and drinking, laughing and crying, and working atCity Weekend. As she heads off into a somewhat hazy sunset, I asked her a few questions.” (Beijing Boyce)

Blogging! “Just read a great opinion piece by Patrick Dunleavy and Chris Gilson, bloggers at the London School of Economics, on why blogging is one of the most important things an academic can do today. Their focus is on the quick dissemination — for public consumption — of academic research.” (China in Africa: The Real Story)

This is what the world is coming to: Belgian police tried to yank Falun Gong posters ahead of Xi Jinping’s visit. http://t.co/5TJUwUGv27

RT @chinamedicine: 5-year old Kunming boy excreting mercury – parents claim no idea how it got into his body http://t.co/vKMHTfeQRA

“Johnny Depp on China: ‘I Could Live Here Easily.’” (WSJ)

“Hot Issue in China: What the First Lady Has in Her Pocket.” (WSJ)

Via Global Voices: “Half a Million Taiwanese Rally to Support #CongressOccupied”: 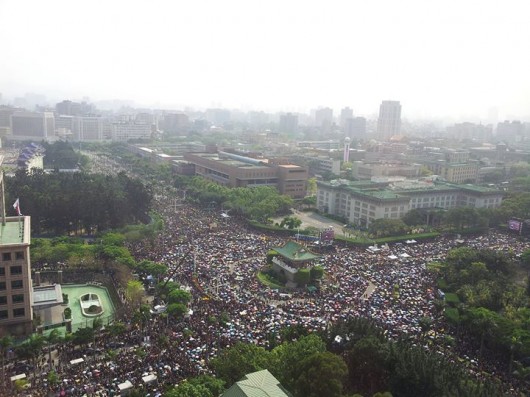