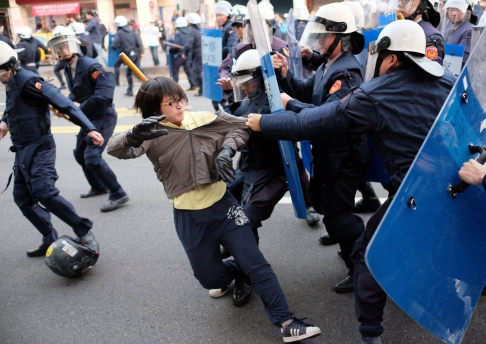 Top of the week to ya. Chris Evans of Captain America fame is in Sanlitun, so go to the Village if you’d like a glimpse of him (or something?). Or rather, links.

Above pic and link: “More than 150 people were injured and 61 students arrested after riot police armed with batons and water cannon waded in to break up a protest over a trade pact with China at Taiwan’s parliament in the early hours of Monday. // Seven waves of police brandishing riot shields marched towards students forcing them away from the courtyard of the Executive Yuan building, which demonstrators had broken into hours earler, after President Ma Ying-jeou failed to soothe public anger at his administration’s handling of the free-trade pact with the mainland.” (SCMP)

Beijing can learn something from this: respond to reporters, and you get your side of the story in the New York Times as the lede: “Taiwan’s prime minister said on Monday that the government had been justified in using force to remove demonstrators from the cabinet building earlier in the day, as students continued to occupy the legislature in a protest against a trade bill with China. // ‘What happened yesterday wasn’t police suppressing a street march,’ Prime Minister Jiang Yi-huah said. ‘It was protesters breaking into the Executive Yuan, trying to occupy this building and paralyze our administrative workings,’ he added, referring to the cabinet building.’” (NY Times)

Corollary: “The ‘Battle of Taipei’ Shows Just How Wary of China Young Taiwanese Are.” (Time)

The First Lady in Beijing, which explains the great weather. “While First Lady Michelle Obama’s trip to China has largely steered clear of politics, she gently called for respect for universal rights and freedom of expression in a speech at Peking University today.” (China Digital Times)

Education, etc. “U.S. first lady Michelle Obama told Chinese professors, students and parents on Sunday that she wouldn’t have risen to where she was if her parents hadn’t pushed for her to get a good education. // Mrs. Obama made her comments before hosting a discussion about education on the third day of a weeklong visit to the country aimed at promoting educational exchanges between the U.S. and China. She also walked a section of the Great Wall with her two daughters.” (AP)

Acceptable sex. “Earlier this week, Guangzhou police conducted a raid on an adult ‘club’ in a rented apartment in Tianhe, according to state media. A total of 13 men were caught in the late night bust, some not fully clothed and taken into police detention. // These recent arrests of men at a purported adult gay club are stirring debate in the grey areas of what and where constitute ‘acceptable’ sex in China.” (That’s Online)

CBA finals getting interesting: road team has won every game, Beijing up 2 to 1. (Basketball Buddha)

Uh, what? “Is Peng Liyuan China’s Evita?” (The Diplomat)

“Watch: Tsai Ming-liang’s ‘Journey to the West’ streaming online for one week.” (Shanghaiist) 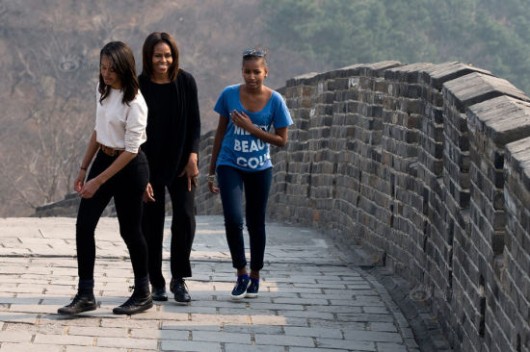 What’s going on here? Via PRC and Me: 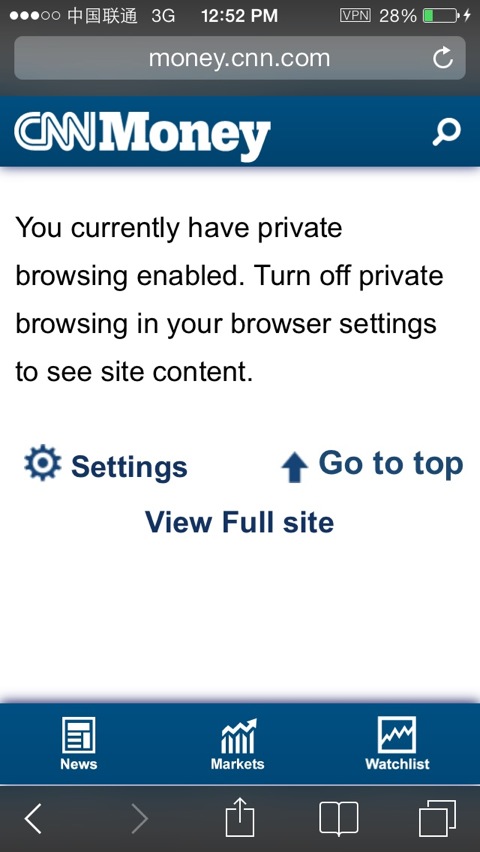