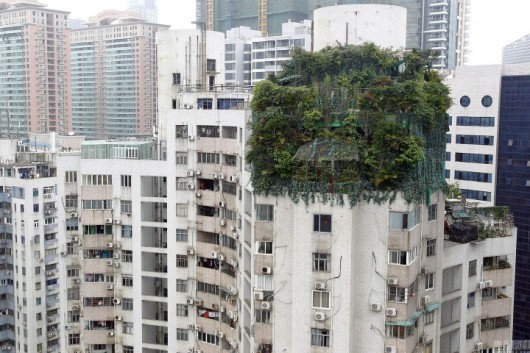 Via That’s Online: “According to the Guangzhou Daily, the forest covers the top three floors of a building on Lin Road East…”

“China Not Full of Raging Nationalists.” “Are China’s leaders really being pushed around by a nationalistic, rowdy public? On March 25 at the Jamestown Foundation’s annual conference on Chinese defense and security issues, Australian analyst Andrew Chubb made a provocative presentation that challenged the official narrative that they are. Chubb presented survey results from five Chinese cities on how ordinary citizens view the territorial disputes in the East and South China Seas. Startlingly, in an era of social media and mobile Internet access, most people still get their news from CCTV—not the fiery commercial news outlets—and agree in principle that the government should seek compromise over China’s maritime territorial disputes.” (The National Interest)

An apology that will come… when? “Why, in those dreams, does Ms. Fang never say a word to her son? It’s not, I think, that she wants to punish him, for she knows that the true blame lies with others — with those who were in power at the time. She — like the souls of all who perished during the Cultural Revolution — is awaiting their apology. She has been waiting for 44 years.” (Yu Hua, NY Times)

Taking a stand against censorship. “The 2014 China Film Directors’ Guild Awards refused to hand out a prize in the best picture or best director categories in Beijing Wednesday night because the artistic quality of the films in contention was too low to deserve honor, according to jury chairman Feng Xiaogang.” (Hollywood Reporter)

Panda diplomacy on hold. “Giant pandas Feng Yi and Fu Wa were supposed to leave the Sichuan conservation centre on April 15 and arrive early the next day, according to a spokesman for Malaysian Ministry of Natural Resources and Environment. // This afternoon, the Chinese embassy in Kuala Lumpur issued a statement saying that negotiations were being carried out and that the pandas would arrive ‘at an appropriate time in the near future.’” (SCMP)

Maybe will work? “Beijing is taking a novel approach to protecting doctors from growing levels of violence from angry patients: volunteer ‘guardian angels.’ // The campaign will recruit students, medical workers and other patients to act as intermediaries between doctors and patients, defusing disagreements and smoothing over tensions, according to Xinhua news agency.” (Shanghai Daily)

Hm, could be worse. “The Nets will face the Sacramento Kings on Oct. 12 at Mercedes-Benz Arena in Shanghai. The teams will meet again on Oct. 15 at MasterCard Center in Beijing.” (Nets/NBA)

Sad to hear this. Fun park, Ocean Park. “A mainland tourist plummeted 11 metres at Ocean Park’s The Summit, an open-air plaza at the park, before dying at the hospital shortly after.” (Coconuts Hong Kong)

Look at all the partnerships Huawei has entered in, including with PSG. (China Sports Insider)

“Do we really need chengguan?” (The World of Chinese)

“7 Weird Search Terms on Love & Dating in China (and More) that Will Never Become Featured Questions.” (Speaking of China)

Via Shanghai Daily: “Nearly 100 dead pigs were seen along a 1-kilometer stretch of the Liuxi River in Shizhong Town of Longyan City in Fujian Province, the Strait Herald reported”: 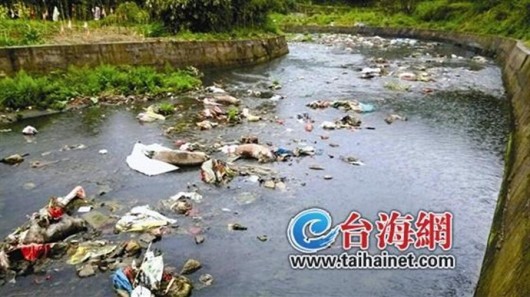