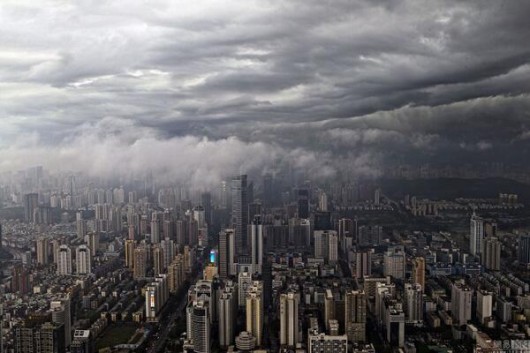 Hey party people, we’re giving away five tickets to Bunker Party Vol. 3: Toxic Decay this Friday at Basement in Sanlitun (featuring lasers, strobes, post-apocalyptic haze, DJ Half/N/Half, DJ Mike Hotten, DJ MO’O, and MRG; also, body-painting via Faceslap). All you have to do is like our Facebook page between now and Friday noon. We’ll randomly generate five numbers and notify the corresponding winners that they’ve been placed on Bunker Party’s special guest list.

(Pre-sale tickets can be picked up from Cantina Agave or 4corners for 100 yuan. For more info, contact Linda via WeChat miaolindali; also check out past Bunker parties via Facebook. Here’s Basement’s address.)

PX protest spreads. “Protests against a planned chemical plant have spread over to Guangzhou after being quelled in Maoming, reports the Financial Times. // Two to three hundred protesters are demonstrating outside the provincial government in the capital to stop construction of the proposed PX (paraxylene) factory. // The Maoming protest picked up popular support when pictures of violence against protesters were published in social media like Weibo. A total of four people were said to have died as a result of clashes against police.” (The Nanfang)

Huh. “A female passenger was seized by police on Tuesday after she deliberately released methane gas in a Beijing subway station, the Beijing-based qianlong.com has reported.” (Ecns.cn)

Revisiting Tiananmen 1989. “Tiananmen Square could have been cleared using tear gas, water hoses, or wooden batons. (Batons were the tools of choice when the same square was cleared of another large demonstration, of people protesting Maoist extremism, on April 5, 1976. The clubs were efficient in that case, and few if any lives were lost.) The reason the regime opted for tanks and machine guns in 1989 was that a fearsome display of force could radiate well beyond the time and the place of the immediate repression. Democracy demonstrators in thirty provincial cities around the country could be frightened into retreat. This worked. The Chinese people could be put on notice for years to come that ‘you had better stay within our bounds, or else!’ This, too, worked. The fundamental goal was to preserve and extend the rule of the Communist Party of China. This was achieved.” (Perry Link, New York Review of Books)

Qingming Jie upcoming. “For most of its 100-year history, Rose Hills has attracted customers reflecting the region’s diverse history. Former California Gov. Goodwin Knight is buried here, as are legendary East Los Angeles educator Jaime Escalante and Compton rapper Eazy-E. // But in the 1980s, waves of Chinese immigrants poured into the San Gabriel Valley and the cemetery found itself at the center of the largest Chinese diaspora in the country. // The 1,400-acre cemetery, so large that mourners need maps and cars to get around, began a massive transformation to compete for an increasingly lucrative Chinese funeral business that has seen some family ‘estates’ go for six figures.” (LA Times)

All fun and games until someone dies. “A village head and the boss of a building company were among the seven people arrested over an arson attack on a protest against a land seizure in Shandong Province in which one man died and three others were hurt. // The government of Pingdu, a county in the eastern province of Shandong, said on March 26 that seven people have been arrested over the attack that occurred five days earlier.” (ChinaFile)

Celebrity affair. “China’s leading social media Weibo has been all about popular actor Wen Zhang’s affair and his endangered marriage with actress wife Ma Yili. The possible ‘uncoupling’ of this once ‘model celebrity couple’ got everybody’s attention. // Within 10 hours, Wen’s apology letter to wife and the public (for cheating) has been shared more than 1 million times and attracted over 2.5 million comments, breaking both retweet and interaction records on Weibo. ‘Cherish what you have at the moment (且行且珍惜),’ response by wife Ma Yili, is now already a new Internet meme. This celebrity affair is literally the most viral story since the start of Weibo.” (Offbeat China)

Divorce! “Measures are being considered to tackle the rapidly increasing divorce rate, which sees nearly 10,000 marriages break up in China every day, a senior civil affairs official said.” (China Daily)

This is pretty cool: “The whole of these archives – from day one until the Communist government closed the newspaper on March 31, 1951 – has always been housed in the catacombs of the lesser known Shanghai Library, Xujiahui branch. However, flipping through the pages of time for the casual researcher just got easier. Last month, a nearly-completed, four-year project was debuted, in which each day of the North China Daily News (up to 1940… the last six years are still hardcopy) and its sister gazette paper the North China Herald (1856-1941) have been painstakingly scanned into the computer, preserved for eternity.” (That’s Shanghai)

“In praise of… teaching English in China.” (The Nanfang)

“8 of the best April Fools’ pranks from Asia’s tech community.” (Tech in Asia) 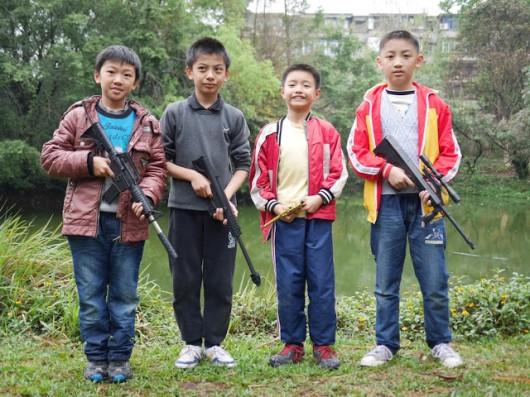