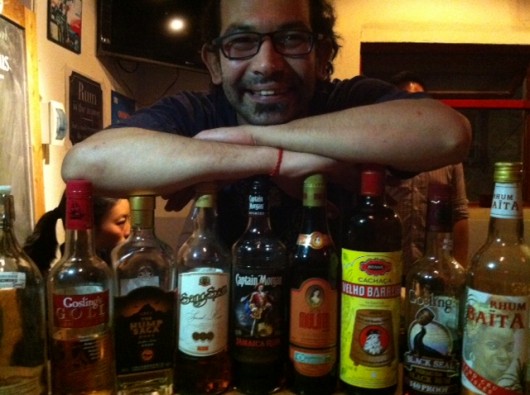 There’s the only picture evidence you need that Badr Benjelloun’s tipple of choice is rum — pure rum, navy rum, sweet rum, fragrant Yunnan rum, Cuban rum (“love, passion”)… Captain Morgan’s… it doesn’t matter. The man will take your rum and sell it back, likely with a historical anecdote on the side.

That photo was taken inside Cu Ju, the bar Badr owns, on Wednesday at the conclusion of the Anthill’s Writers and Rum event. We’ve been asked to hold off on our scheduled podcast to give time for some of the stories to appear on the Anthill, so keep an eye on that site for rollicking tales.

Below is one more pic of Badr, looking slightly maniacal, like someone who has engineered his rums to murder you from the inside-out while you sleep. (The rum he actually did engineer, pictured on the far left next to the Gosling’s Gold, is a beautiful 80-proof concoction spiced with California oranges, cinnamon, and raisins. Go try it!) 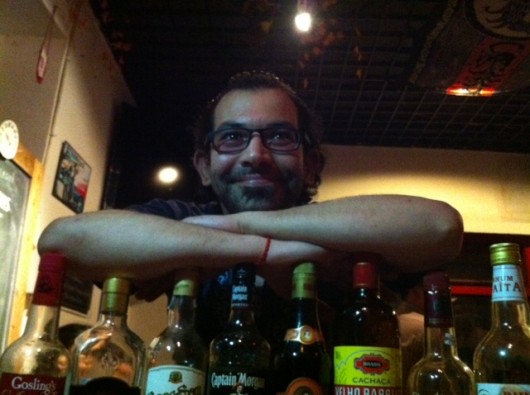