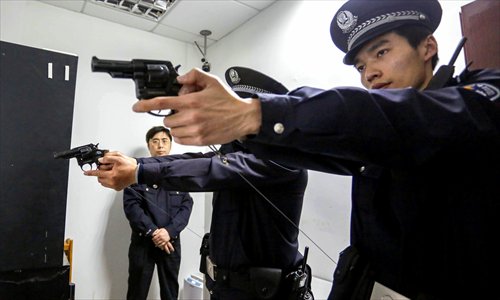 Via Global Times (look at the aim on that one guy…): “More than 1,000 city police officers have begun patrolling the streets with firearms, local media reported Sunday.”

“20 arrested after crowd beats 5 chengguan officers.” “According to China Daily, the chengguan had been hired to ‘move materials that were blocking streets.’ // Officers reportedly got into an argument with a local merchant; when a passerby photographed the altercation they turned on him and beat him. Rumours spread almost instantly that the chengguan had killed the man, and hundreds of residents flocked to the area.” (That’s Online)

Not surprising, but infuriating all the same. “When one thinks of China’s online censorship, one automatically pictures the screening of sensitive words, themes, and ideas. But a recent scandal involving police bribery, however, gives extra insight into how internet censorship works in China. Southern Weekly reported how Wei Yining, an internet monitor in Hainan, was sentenced to 10 years in prison for receiving bribes from internet censors in in other regions to delete negative posts about local government officials. The sum of bribes received: 709,980 RMB.” (The World of Chinese)

They might regret it. “A promotional video urging Chinese tourists to ‘inundate’ an Italian town has become a viral hit, reports the website of China’s official Xinhua news agency. // “Welcome, our dear Chinese friends. We will not disappoint you,” declared Marco Zambuto, mayor of the Italian town of Argrigento, in the minute-long video released online on April 17. The appeal was voiced in Italian but came with Chinese subtitles, as Zambuto urged Chinese tourists to visit his city to enjoy its history and culture.” (Want China Times)

Hm, why is state media only now getting upset? “But China’s state news agency, Xinhua, is not too pleased with some of the shenanigans on Momo. In an editorial yesterday (in Chinese), Xinhua described the ‘hormone-filled’ app as being a hotbed of prostitution. Xinhua’s reporters fired up the app and were shocked – shocked – to find that a number of the nearby women in the app were actually sex workers.” (Tech in Asia)

Quixotic, defined. “China has shut down 110 websites as part of a national crackdown on online pornography, the State Internet Information Office said Sunday. // Some 3,300 accounts on China-based social networking services, such as WeChat and Sina Weibo, as well as online forums have been deleted in the recently launched ‘Cleaning the Web 2014′ campaign, according to the office. // Close to 7,000 advertisements and 200,000 texts with pornographic content were also deleted.” (Xinhua)

Paying tribute to Gabriel Garcia Marquez. “The Chinese version of One Hundred Years of Solitude was first published in China in 1984 without receiving authorization for publishing. After seeing the widespread piracy of his book during a visit to the country in 1990, Garcia Marquez vowed not to permit his works to be published in China.” (Global Times)

Sadly, he got rid of it. “Li Zhibing, a 62-year-old man in Shiyan, Central China’s Hubei Province, has been living with a horn growing from his neck since 1980.” (Global Times)

Donnie gets a teaching job interlude:

“How Chinese Think About Terrorism.” (The Diplomat)

David Beckham back in Beijing. (ECNS) 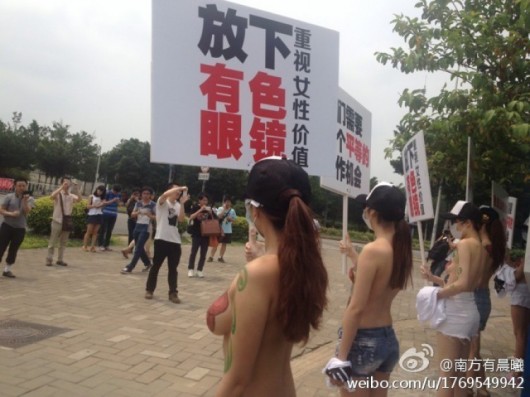 Alpacas are such chick magnets, via ChinaHush: 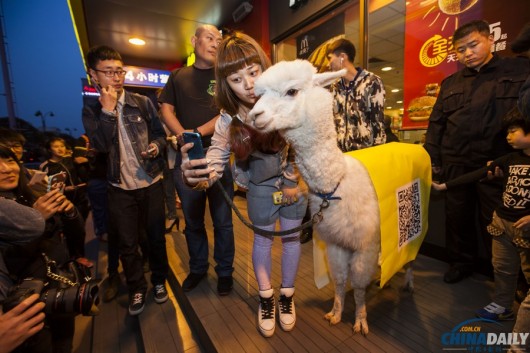