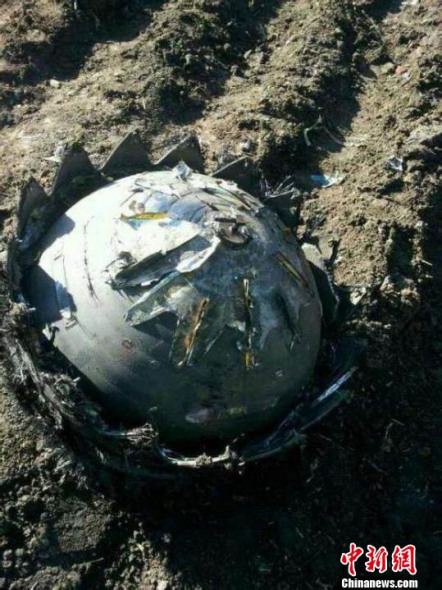 Three “unidentified flying objects” fell from the sky and landed in Yi’an and Baiquan counties in Heilongjiang province early this morning, described as “balls of fire.” China News reports:

The Yi’an county government confirmed in the afternoon that Mengchang villagers heard a big noise and then saw a big ball of fire falling down to a vegetable garden belonging to a villager.

Photos taken by villagers showed that the object is a metal ball, half-covered by a layer with a jagged edge.

From this angle, it looks like a Chain Chomp from Mario: 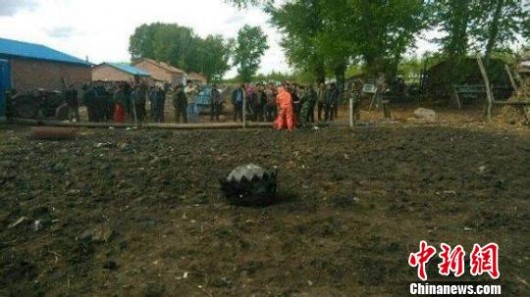 Hopefully authorities identify these objects sooner than later, before People’s Daily’s Twitter truly loses it. What do we think these things are? 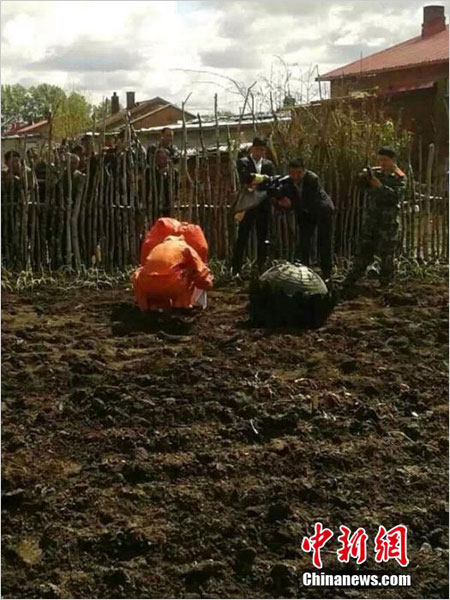