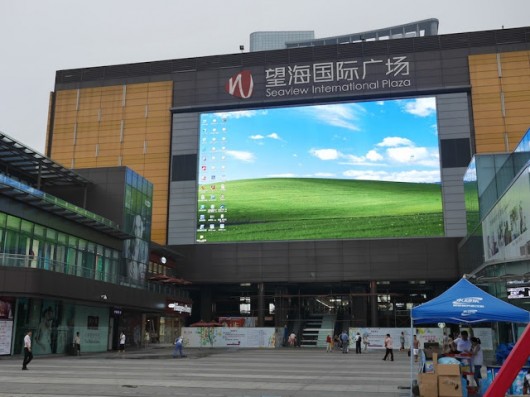 There’s a “Country Fair Jamboree and Picnic” tomorrow at Three Shadows featuring five bands, food and drink. In case you were looking for something to do links.

David Bond. “A viral video shot in Lan Kwai Fong by self-declared ‘professional pick-up artist’ David ‘Bond‘ is causing a colossal storm on Hong Kong’s popular Golden Forum. In the cringe-inducing clip entitled ‘Guy Steals Girl From Chinese Guy‘, ‘Bond’ encourages a friend to ‘steal’ a local girl from another guy, who stands oddly motionless as the sorry ‘trumping’ unfolds. The video has been watched over a million times and attracted equal disapproval on Reddit.” (Hong Wrong)

Former GSK boss charged with corruption. “GlaxoSmithKline executive Mark Reilly had little inkling he would be charged with leading a network of corruption in China’s pharmaceutical industry, two sources with ties to the businessman and knowledge of the investigation said. // The allegations against the Briton, who as GSK’s China head was the firm’s legal representative in the country, are the most serious charges ever laid against a foreign national for corporate corruption in China, lawyers said.” (Reuters)

Confucius Institutes too political. “Just as China celebrated five new Confucius Institutes across the United States, more than 100 professors in the city of Chicago were lobbying for the eviction of the Chinese state-sponsored language centre. // Arguing that the centres indirectly placed schools under Beijing’s grip, 108 professors launched a petition demanding that the University of Chicago break ties with the Confucius Institute Headquarters (Hanban), administrated by Chinese Education Ministry, when their five-year contract expires in September.” (SCMP)

Because nothing has been decided. “Last week, the seemingly innocuous phrase 地铁涨价方案 (subway-price-increase plan) was detected as blocked from searches on Weibo. Though not as obviously sensitive as other blocked words—Tiananmen Square, Falun Gong, and so on—a closer look shows why China’s Communist Party has reason to be equally worried about this phrase.” (WSJ)

This asshole. “A man from Liaocheng, Shandong province entered a car dealership with five tons of coins to buy a new set of wheels, only to whip out a bank card when he got tired of waiting for employees to count them.” (Global Times)

China’s Oculus. “When you think virtual reality headset these days, the first thing that comes to mind is probably the Oculus Rift. It’s quite natural; after all the Rift has got some high-profile backers and its first dev kit made a real splash in the gaming industry. But Oculus VR is not the only company working on the technology. Sony has already announced its plans to enter the arena with Morpheus, and now a Beijing-based startup, ANTVR, has launched a Kickstarter for its own virtual reality device.” (Tech in Asia)

This Chinese public toilet looks exactly like the US Capitol building: http://t.co/V7yGzSyzzg pic.twitter.com/oblUkNIobA

Press freedom in China – here’s one for the Freedom is Slavery file http://t.co/IC96EwPXrT via @feliciasonmez

“Police Apologize for Arresting Man Who Criticized Them Online.” (chinaSMACK)

“World-Famous Chef Forgives Chinese Diners Who Wanted Him to Cook Their Sushi.” (WSJ)

“China’s WeComics app gets $1.5 million funding to emulate the success of Bitstrips.” (Tech in Asia)