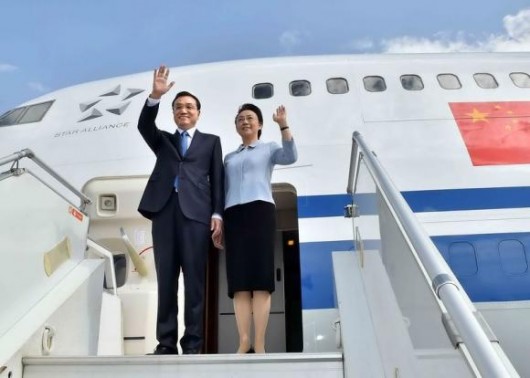 Another story on stand-up in China. “On the question of ‘difference,’ though, there is some disagreement. ‘The difference is entirely a product of the state system, and not cultural at all,’ claims Mia Li, a 29-year-old from Shandong province who performs a monthly stand-up routine at one of China’s sleepy bars. Sarcastic, Chinese, and female (a rare combination), it’s not surprising that Li takes comedy more seriously than most: ‘To tell a joke is to remind people of something true that they forgot to laugh about,’ she says. ‘A joke is simply not funny if it’s not true. In China, the truth is just not talked about, because it conflicts with the Party-sanctioned version of “reality.”’” (RFH, The Atlantic)

Jack Ma’s letter to his employees. “Mr. Ma who is famous for his saying ‘customers first, employees second, and shareholders third’ did write a letter—but it was only to employees. Taking the eccentric, inspirational tone that has become his signature, Mr. Ma praises the perseverance of his employees—whom he refers to as Aliren, or Ali people in English—even as he warns of huge new pressures that Alibaba will face as a public company.” (WSJ)

Such as… “Beijing’s two flagship outdoor music festivals, Midi and Strawberry, which coincided with the May Day holidays, were criticized for having too much litter, the Beijing News reported.” (Global Times)

That territory… “China has warned Vietnam not to disturb activities of Chinese companies operating near disputed islands in the South China Sea, after Hanoi condemned as illegal the movement of a giant Chinese oil rig into what it says is its territorial water.” (Reuters)

Don’t wave around a goddamn weapon if you don’t want to get shot? “A local man was shot dead by the police in the wee hours Monday when he attempted to attack his wife, the police said.” (Xinhua)

Whoa. “A mother concealed the fact that her son was HIV-positive when he received treatment at a hospital for severe head injuries, putting six medical workers at risk of exposure to the virus.” (ECNS.cn)

@worldethics Thank you for your criticism, but you have never interviewed me to check your facts and what you say is way off-base

7ft center Li Muhao will travel to America for workouts and is hotly tipped to enter the upcoming NBA draft according to Chinese media. — Andrew Crawford (@ShouldersGalore) May 5, 2014

Nothing says over a break-up like selling your diamond engagement ring on beijinger classifieds http://t.co/PucmHzZkBb — Will Philipps (@willphilipps) May 7, 2014

All of Jeremy Lin’s dunks, for some reason. (Stuarte.co)

“Hong Kong star Chapman To dared mainland netizens to boycott him, So they did.” (Offbeat China)

Students Hong Cheng High School in Guangdong province wear face masks to attend class because of a nearby garbage transfer system, via The Nanfang: 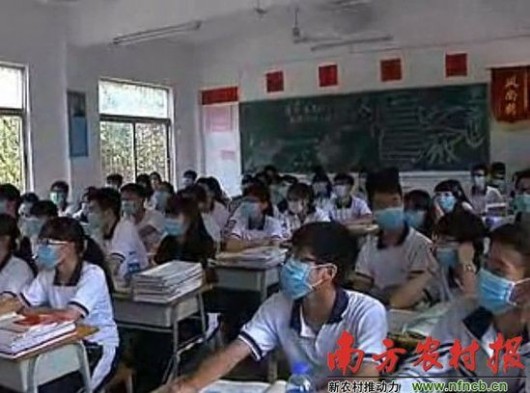