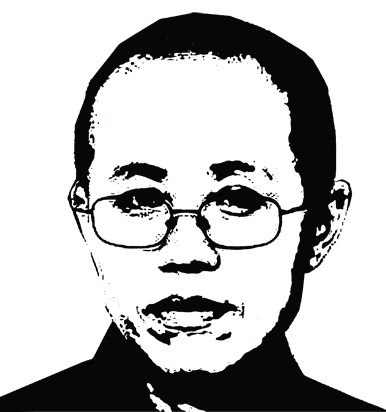 Liu Xia, who has never been charged with a crime, has been imprisoned in her home since 2010 because her husband happens to be a Nobel Peace Prize recipient currently serving an 11-year sentence for “subversion of state power.” That she clearly needs medical attention for worsening mental health makes no difference to the authorities, who insist on punishing her for the perceived sins of Liu Xiaobo.

Maybe the authorities should be scared. Liu Xia is a poet, after all, and nothing sends shivers down the spines of repressive states quite like poetry. Liao Yiwu. Li Bifeng. Xue Deyun. Mohammed Ajami. Omar Hazek. The list goes on.

We’ve seen her poems before — here she is reading two of them last winter — but few of her works have been translated into English. Maybe that’s beginning to change. In the latest issue of Words Without Borders, a journal of international literature, three of her poems, spanning 16 years, appear in English:

The poems are introduced by Madeline Earp:

Can words cross these thresholds, and offer a form of escape to those in confinement? In many ways, the very fact that we can read these words is testament to the power of literature, and of translation itself. Liu Xia’s Internet and phone connections are frequently severed, yet the world can hear her voice through her poems. Her supporters even managed to release a moving video of her reading some of her work aloud in January. But the communication remains one-sided. What can we say back?

The poetry of the repressed isn’t intended to inspire communication as much as dissemination. If we hear the voice, and help others hear it too, we keep the poet — suffering in isolation, estranged from the passage of time, already cemented in history yet still living, like a bug trapped in sap — from dying. Hopefully that doesn’t sound too dramatic, because it’s simple, really: what better way to combat a government insistent on silencing a voice than by amplifying it?

Earp ends her essay by asking, “Liu Xia’s poems reflect a reality where writing can be punished as well as rewarded, leaving her readers to ask themselves: Will words ensnare us? Or set us free?” They won’t set her free, not in any sense, but I’d like to think words are her analgesic, relieving pain. Perhaps they should serve the opposite function for us: to make us feel, acutely, the agony and loneliness of political persecution so that we ask ourselves whether we — she, anyone — deserves such banishment from the privilege of expression and connection — the privilege of being.