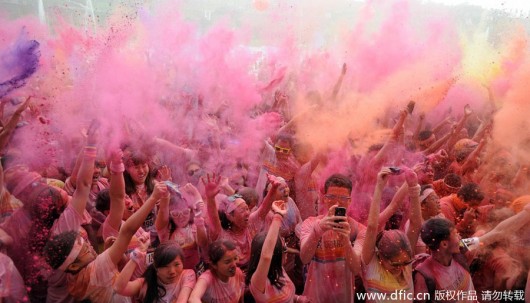 Chengguan. “The man, who asked to remain anonymous, was walking his dog early in the morning on Saturday (May 24) near his Sihui residential compound when he was approached by the officials who initially demanded to see his registration papers for the dog. The man, who has a firm grasp of Mandarin, explained that he had only recently acquired the dog and that he was still in the process of registering the animal after having it vaccinated. At that point, the officials told him he was ‘out of order,’ before holding him back, beating his dog four times with sticks, and scooping the dog’s body into a bag.” (the Beijinger)

Human beaten to death. “Police and security officials are investigating a shocking video that appears to show youths beating a teenager unconscious, then urinating on him as he lies on the ground. // According to unconfirmed claims online, the victim of the assault died. // Xinhua news agency reported last night that the attack had taken place in the Chaoyang District of Beijing.” (Shanghai Daily)

He’s 26. He’ll be all right. “A Chinese blogger says he was fired from his job at one of China’s leading Internet companies for his comments during a February meeting in Beijing with the American secretary of state, John Kerry. // Zhang Jialong, who worked for Tencent Financial, said he was notified last week that he was being dismissed for ‘leaking business secrets and other confidential and sensitive information.’” (Sinosphere)

Interesting way to reward good deeds. “Students in some regions of China will be awarded extra points for good morality or Samaritan acts in the upcoming gaokao, or national college entrance examinations. // Thirty-one provincial level regions in China announced new policies in 2014 for gaokao, and 13 of them will give bonus points for student good behavior.” (Global Times)

Thursday’s incident. “Five suicide bombers carried out the attack which killed 31 people in the capital of China’s troubled Xinjiang region, state media reported a day after the deadliest terrorist attack to date in the region.” (Reuters)

He’d make a fine owner. “The Los Angeles Clippers are not yet for sale, but two former NBA All-Stars are among the various parties assembling ownership groups to potentially buy the franchise, according to sources with knowledge of the situation. // Once competitors on the court, Grant Hill and Yao Ming now will be among those vying to purchase the Clippers, sources told ESPN.com. // Sources told ESPN.com on Friday that Grant Hill and Yao Ming are working separately to line up investors to lodge bids for the Clippers when the team is ultimately made available.” (ESPN)

Anti-terrorism. “Northeast China’s Liaoning province has opened an anti-terror hotline, 96110, and promised to give rewards of up to 500,000 yuan ($80,170) for useful information, a local newspaper said.” (ECNS.cn)

Another running death. “A college student died during a half marathon yesterday morning in Kunming City of southwest China’s Yunnan Province, yunnan.cn reported. // The 20-year-old boy, a freshman in a local college, fell into a coma some 16 km behind the starting line and died in a hospital later.” (China.org)

Not enough left-ear cartilage. “A six-year-old boy whose ears were alleged hacked off by his aunt in central China’s Hubei Province, has had his surgery postponed, his father said today.” (Shanghai Daily)

For those who want to eat their noodles like an asshole: http://t.co/d6kXizKM7L pic.twitter.com/demHxEDE2A

“Man falls to his death at Beijing airport in apparent suicide.” (That’s Online)

Via Shanghai Daily: “A bride wore nearly 80 gold bracelets during her wedding Friday in the city of Zhongshan in southern China’s Guangdong Province, astonishing the online community with her wealth, the Southern Metropolis Daily reported”: 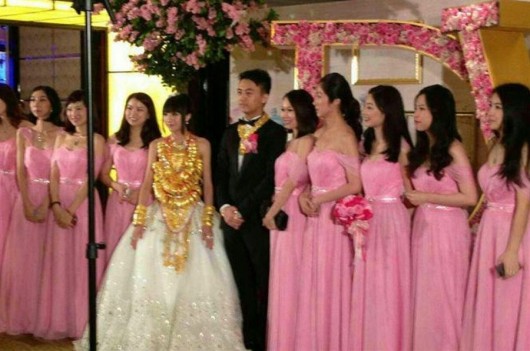 One Response to “Top-of-the-Week Links: Chengguan beat expat’s dog to death, Yao Ming interested in buying Clippers, and how long do Hong Kong women look in the mirror?”