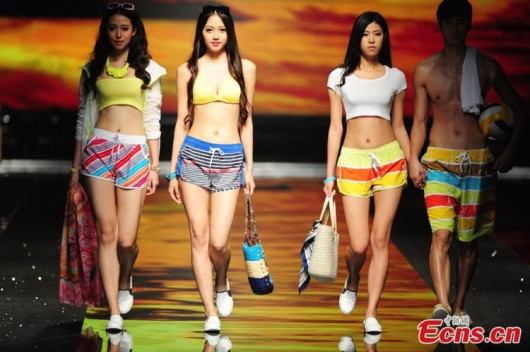 Kenny G’s popularity in China. “’Do I wish I could get paid for everything? Of course,’ [Kenny G] said in a telephone interview. ‘But I surrender to the fact that that’s the way things go there.’ Touring China in the 1990s, he heard ‘Going Home’ playing in Tiananmen Square, in Shanghai, on a golf course and ‘in a restroom in the middle of nowhere,’ he said. ‘It made me feel great to know there was no language barrier to connecting with music.’” (NY Times)

Environmental protest. “A protest in eastern China over a plan to build a waste incinerator turned violent, with state media reporting that at least 10 demonstrators and 29 police officers were injured in clashes. // Demonstrators on Saturday overturned 30 vehicles, set two police cars on fire and blocked a highway linking Hangzhou with another city, the official Xinhua News Agency said. A protester and a policeman were seriously injured.” (AP)

Terrorism-related arrests. “Police in Xinjiang Uyghur Autonomous Region have arrested over 200 people in connection with the dissemination of violent or terrorist videos.  // This comes weeks after the regional government announced a ban on spreading these videos online, or by using a portable storage device. // Since the end of March, Xinjiang authorities found 2,229 webpage links, cracked 226 cases and arrested 232 people who have circulated videos promoting terrorism through the Internet and on portable devices. Among those arrested, 71 are in criminal detention, 107 are under administrative detention, while 34 people connected to 17 cases have been prosecuted, the Legal Daily reported.” (Global Times)

And one that isn’t terrorism related. “A poet, linguist and globe-trotting polyglot, Abduweli Ayup had a passion for the spoken word, notably Uighur, the Turkic language spoken in his homeland in China’s far northwest. In 2011, soon after finishing his graduate studies in the United States, Mr. Ayup returned home to open a chain of ‘mother tongue’ schools in Xinjiang, the vast Central Asian region whose forced marriage to the Han Chinese heartland has become increasingly tumultuous.” (NY Times)

Hmm. “China is considering plans to build a high-speed railway line to the US, the country’s official media reported on Thursday. // The proposed line would begin in north-east China and run up through Siberia, pass through a tunnel underneath the Pacific Ocean then cut through Alaska and Canada to reach the continental US, according to a report in the state-run Beijing Times newspaper. // Crossing the Bering Strait in between Russia and Alaska would require about 200km (125 miles) of undersea tunnel, the paper said, citing Wang Mengshu, a railway expert at the Chinese Academy of Engineering.” (The Guardian)

Good advice? “When in Rome, do as the Romans do. When in Hong Kong, do as Hong Kong people do. // That’s the latest message from China’s official Xinhua news agency, which recently issued an article that listed “Six Guidelines and Six Taboos” for mainland tourists visiting Hong Kong. Among the advice they offered was to avoid spitting, talking too loudly and haggling to an excessive degree.” (WSJ)

I guess the dog survived. “A woman fought frantically to save the life of her pet dog when it was attacked by a five-metre python in Sai Kung West Country Park. // Courtney Link repeatedly punched the huge snake and stabbed it with a pocket knife until it released its grip on her two-year-old mongrel Dexter and slid away.” (SCMP)

A first-time link for this paper. “More than 400 Cambodian military officials are to receive training in China, the latest sign of the increasing importance of Beijing military aid.” (The Phnom Penh Post)

Your dog, too, can get a makeover as a panda: http://t.co/HSyAnG47bG pic.twitter.com/YzfTk0JvWv

One Response to “Top-of-the-Week Links: Flooding in southern China, Kenny G in China, and an environmental protest near Hangzhou”