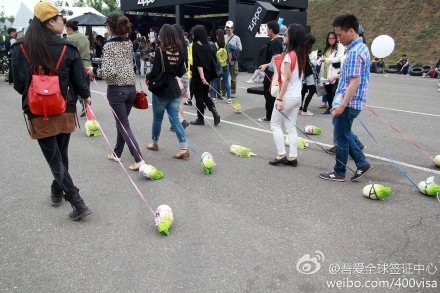 Walking cabbages as performance art, via Badr and That’s Online

It’ll likely make no difference. “Reducing pollution in the short term is difficult, but action against chuan’r guys is quick and immediate. People in the neighborhood can see grills being dismantled or removed.” (the Beijinger)

China’s not doing well. “China’s media environment remained one of the world’s most restrictive in 2013.” (Freedom House)

What the? “China has banned all imports of British cheese after its inspectors condemned hygiene standards at just one UK dairy. // The ban, imposed three days ago, has sparked outrage and one MP has demanded ‘tit for tat’ retaliation against Chinese food imports. // The cheese factory has not been identified but The Mail on Sunday has learned it does not even export cheese to China.” (Daily Mail)

“A Uighur Father’s Brave Fight.” “My father, Ilham Tohti, an economist and writer, is an outspoken advocate for our people, the Uighurs —Turkic Muslims whose home has traditionally been in present-day northwest China. He’d criticized the Chinese government on his website, which has since been shut down. He’d given interviews to Western reporters after disturbances on July 5, 2009, in which scores of people died in ethnic clashes, and thousands of Uighurs were detained, in Xinjiang Province, in China’s northwest.” (Jewher Ilham, NY Times)

Spatial forms of modernity in China. “If the goal of the project of modernity in China is ultimately the integration of the entire territory of PRC China into an urbanized ‘interior,’ with no useless or wild zones, of universalizing the social practices of the metropolis, then an investigation into the unique spatial forms that did not emerge until modernity—and their shadow in consciousness, visible in the work of philosophers, writers, and architects—is necessary.” (Jacob Dreyer, Telos)

Zhejiang mathematician on how to win rock-paper-scissors. “In the experiment, Zhijian noticed that winning players tended  to stick with their winning strategy, while losers tended to switch to the next strategy in the sequence of rock-paper-scissors, following, what he calls, ‘persistent cyclic flows.’” (Business Insider)

Such a waste. “Thousands of electric bicycles were destroyed in a Dongguan factory fire on April 30 that saw flames shoot 10 metres into the air, reports the Nandu.” (The Nanfang)

Sino-African trade. “Disputes arising over China’s investment projects in Africa are just ‘growing pains’ in a burgeoning relationship that saw their trade top $200 billion last year, Premier Li Keqiang said on Sunday ahead of a tour of the continent.” (Reuters) 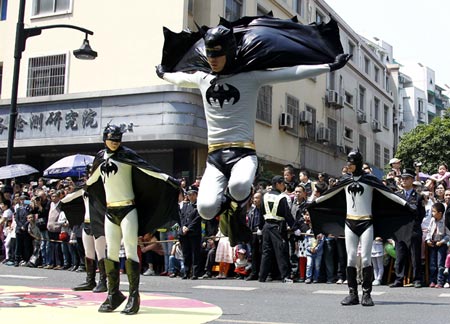