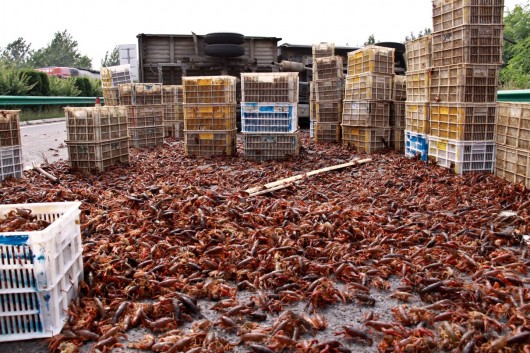 Prepare for Edward Snowden Drive near Liangmaqiao. “The street holding the Chinese embassy in Washington DC could be renamed after a noted Chinese dissident. // An amendment attached to a state department budget bill would make the embassy’s address 1 Liu Xiaobo Plaza.” (BBC)

A new map of China: “China is standing tall over its expansive claims to territory in the South China Sea. This week, Hunan Map Publishing House unveiled a new map of China — a vertical representation of the country that includes the vast body of water south of Hainan Island. China’s assertions of ownership in the South China Sea have put it at odds with at least four Southeast Asian nations, which have competing claims, and with the United States, which has said that China’s actions in the region — including having a state-owned oil company place an exploratory oil rig near the Vietnamese coast in May — are creating instability.” (Sinosphere)

Hong Kong vote. “Johnny Lam, a 76-year-old Hong Kong resident, defied China’s leadership in Beijing by casting a vote on June 22. Lam is one of hundreds of thousands of Hong Kong residents who have taken part in an unofficial referendum on how to choose the territory’s next leader. China asserts it has the right to vet the candidates for Hong Kong’s chief executive and has denounced the poll, which was organized by Occupy Central with Love and Peace, a group of pro-democracy activists. The ire of the People’s Republic doesn’t faze Lam. ‘We must fight to voice our opinions,’ says the retiree. ‘China promised us autonomy when it took over Hong Kong, but we are feeling fooled.’” (Businessweek)

See which ones you’ve read. “The Anthill occasionally loans its soul to the devil and does listicles. So far we’ve done China books and China blogs. Now we turn our eye to that richest of terrains – bad articles about China – in the form of a top ten hall of infamy. // These are mostly bad articles of the harmless variety – i.e. fresh off the boat and clueless, or smarmy and self-aggrandising, rather than nasty propaganda or misleadingly ignorant journalism – although there’s also some casual racism and no. 6 is just horrible.” (the Anthill)

Some activists have all the fun. “As top Communist leaders gathered in Beijing the veteran Chinese political activist He Depu was obliged to leave town – on an all-expenses-paid holiday to the tropical island of Hainan, complete with police escorts. // It is an unusual method of muzzling dissent, but He is one of dozens of campaigners who rights groups say have been forced to take vacations – sometimes featuring luxurious hotels beside sun-drenched beaches, trips to tourist sites and lavish dinners – courtesy of the authorities.” (AFP)

Speaking of… “A leading figure of a small citizen’s movement in southern China was released on bail nearly a month after being taken into police custody, his lawyers said Thursday. // Wang Aizhong has been a key figure in the amorphous Southern Street Movement that seeks an end to China’s one-party rule and urges its followers to take to the street to make their appeals public.” (AP)

Bad year to bet on football. “A college student in China leaped to his death after losing more than $3,000 gambling on the World Cup, according to state media reports on Tuesday.” (Sina)

“Writing China: Mara Hvistendahl, ‘And the City Swallowed Them.’” (WSJ)

“What Photos Are Most Appealing to Weibo Users?” (China Internet Watch)

“Rare photographs of early Shanghai, some dating back more than a century, have gone on display at the Shanghai Municipal Archives,” via ECNS.cn: 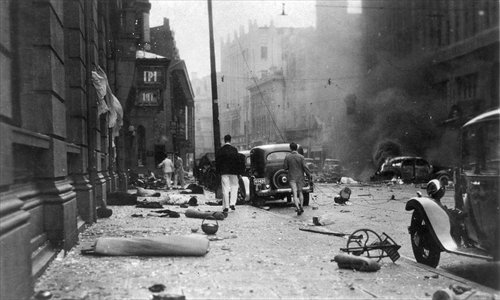