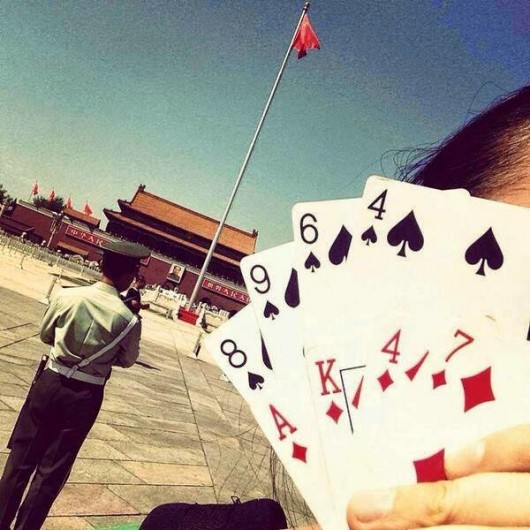 Via NY Times: “A photograph of Tiananmen Square that was uploaded to the Chinese social network Weibo ahead of the 25th anniversary of the crackdown there on pro-democracy protesters on June 4, 1989.”

The image — snapped behind the back of a police officer and in front of the flag that is raised above the square each day from a distinctive podium — was uploaded to Sina Weibo, the Chinese microblogging site, before being deleted late last week. The image has also been posted on Facebook and Google Plus, where it was shared and debated by several thousand Chinese users able to evade the Great Firewall.

We’ll have more coverage in a bit, hopefully along with a picture from the square.

The flag-lowering ceremony today is at 7:39 pm, for those who were wondering.