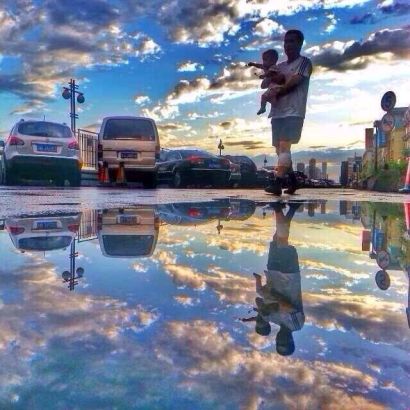 Beijing after a rainstorm, via Sina

Belated, but so it is. Hail storm links.

Availability cascade and suicide spates in China. “Caixin actually appeared to draw the most compelling evidence that something was amiss when it said that official suicides more than doubled from 21 in 2012 to 48 in 2013. But then you notice a big flaw in the reasoning. Those numbers are based on media reports of suicides, not any actual empirical data. The article said, ‘An increasing number of officials are committing suicide, if media reports on the topic are any indication.’ They are not. // This is the great flaw in all these supposed ‘suicide spates,’ because it’s really only once a spate narrative has been established that people start paying attention, counting suicides and reporting them.” (Sinostand)

A look inside Zhihu, China’s answer to Quora. (Tech in Asia)

Congrats. “Top-seeded Peng Shuai of China and Hsieh Su-wei of Taiwan won their second Grand Slam title together by defeating Sara Errani and Roberta Vinci of Italy 6-4, 6-1 in the final of the French Open women’s doubles on Sunday.” (Xinhua)

Chinese feelings hurt. “Asked by the Associated Press to name her favorite Chinese director, the Hollywood A-lister named ‘Brokeback Mountain’ and  ‘Crouching Tiger, Hidden Dragon’ director Ang Lee. // ‘I am not sure if you consider Ang Lee Chinese, he’s Taiwanese but he does many Chinese-language films with many Chinese artists and actors, and I think his works and the actors in his films are the ones I am most familiar with and very fond of,’ she said.” (WSJ)

That’s a lot of burning drugs. “A commemoration of Qing commissioner Lin Zexu’s 1839 burning of Opium at Humen was conducted by modern helmeted policemen burning 120kg of drugs in an act of  remembrance, in Loudia, Hunan, June 3. The event was reportedly attended by 5,000 people.” (The World of Chinese)

This age-old debate. “Was football invented in China? Claims backed by FIFA have sparked anger from English fans and derision from pundits who say the suggestion is driven by financial reasons rather than historical fact.” (SCMP)

“China Now Has More Millionaires Than Any Country but the U.S.” (WSJ)

“An 11-year-old girl of Chinese descent has won the national 2014 Doodle 4 Google contest with a drawing titled ‘Back to Mother Nature’ that was displayed Monday on Google’s homepage, according to people.com.cn,” via ECNS.cn: 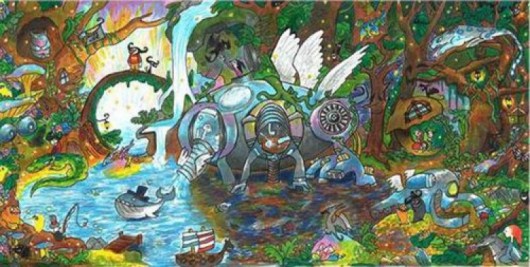 Via Bridgers’ Finds: “Dragon Burn. Like Burning Man, but in China. (Sanshan Island in Suzhou, to be exact). A Dragon Egg effigy was burned”: