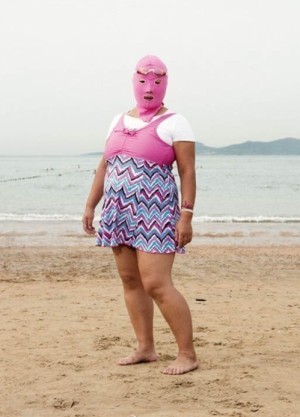 Full-bodied facekini, via The Nanfang

Developing news — a name you’ll see again. “Xu Caihou, former vice chairman of China’s Central Military Commission, was expelled from the Communist Party of China (CPC) and his case was handed over to prosecutors, announced the CPC Central Committee Monday. // The decision was made at a meeting of the CPC Central Committee Political Bureau, presided over by President Xi Jinping.” (Xinhua)

What “60 Minutes” got wrong in its Zhengzhou story, other than everything. “The area that 60 Minutes shot in surely looked ‘ghost-like’ on film, but when I arrived there I found an entirely different scene. I found a sparkling new financial district that was full of sparkling new cars, well-dressed pedestrians, corporate offices of major businesses, skyscrapers full of occupied offices, expensive coffee houses, laundry hanging in the windows of luxury condos, there were cars parked in nearly every available parking space, and signs of life everywhere. There was nothing desolate about the Zhengdong CBD, it appears to be functioning as planned.” (Wade Shepard, Vagabond Journey)

More bad journalism: “The BBC, NPR and Washington Post all carried headlines announcing that North Korea had threatened war over the movie. Not to be outdone, the New York Post ran a headline proclaiming North Korea ‘threatens “merciless” war’ over the movie, while the Huffington Post announced ‘North Korea Threatens… “All Out War.”’ ABC News contented itself with a headline that simply asked ‘Could Seth Rogen and James Franco’s New Film Start a War?’ // The only problem with this is that North Korea most definitely did not threaten war over the film.” (The Diplomat)

GSK intrigue: “The Chinese corruption scandal at GlaxoSmithKline was sparked by a sex tape involving Mark Reilly, the former manager at the centre of the company’s ongoing bribery investigation, it has emerged. // In an extraordinary twist on the scandal that has engulfed the pharmaceutical giant since early last year, GSK has confirmed the existence of footage showing Mr Reilly, who is separated from his wife, having sex with his Chinese girlfriend in his Shanghai flat.” (The Telegraph)

Some people have all the time. “A man has set two ‘Chinness’ Chinese Records by carving 7,665 circular holes and 2,865 triangular holes on two eggs, respectively, Xi’an Evening News reported.” (Ecns.cn)

Sad. “A wild panda found dead at a nature reserve in southwest China’s Sichuan province last Friday died of an intracranial hemorrhage after a fall about a week ago, an autopsy confirmed on Monday. // Staff at Wolong National Nature Reserve Administration said rainstorms, which have battered the area recently, possibly caused the panda to fall as it tried to go down a hill to a river. // Days of rainstorms had triggered a mudslide at the reserve.” (Xinhua http://www.ecns.cn/2014/06-30/121602.shtml)

Pic of Joachim Löw doing the rounds on Chinese social net. Ironically nose-picking a common sight in China itself. pic.twitter.com/YG7dnCnqJN

Dude sets his wife mistress on fire interlude, via The Nanfang:

“On The Ethics Of China Red Envelopes.” (China Law Blog)

Mega city with Beijing, Tianjin, Hebei. (The World of Chinese) 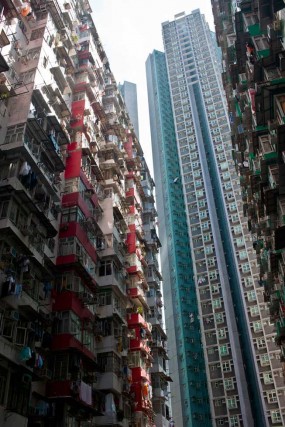