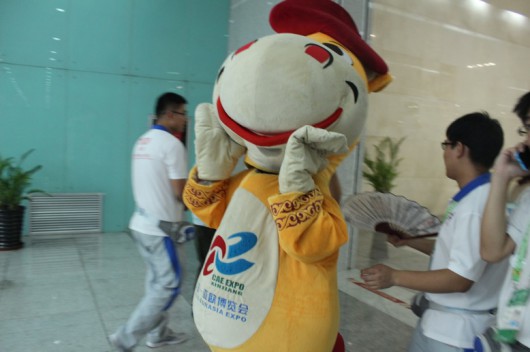 It was a busy week in Ürümchi: musicals, archeology exhibits, art shows, a ComiCon festival, and thousands of visitors from outside the “autonomous” region. Special bus lines were put in place; millions of potted flowers were carefully arranged in sculpted dune patterns; and street corners were plastered with giant red billboards that featured – a la the Shanghai Expo 2010 — a dancing cartoon named Heavenly Horse Star (Tianma Xingqi), the slogan “Opening-up and Cooperating for the Building of the Silk Road Economic Belt,” and the logo for the fourth China-Eurasia Trade Expo.

According to an official press release, people from 60 countries participated in the events. National leaders such as Kazakhstan’s new Prime Minister Karim Masimov and the Kyrgyz Prime Minister Djoomart Otorbaev came for high-level transportation and trade talks. If the projected 200,000 attendees actually came to check out the displays of industry, development, and “person-to-person” communication, then the event made 10 million yuan from the sale of 50-yuan door tickets alone.

One of the most important slogans for the expo (floating above a field of Heavenly Mountain wild flowers) was “Let the world understand Xinjiang, and let Xinjiang be a window to the world.” For many Xinjiangers the expo was primarily about the second part of that sentence: it was more than a trade fair and a display of a New Silk Belt, it was a chance to see a Broadway-style musical (in a lavishly refurbished theater in the Uyghur part of town), reflect on a collection of Russian oil paintings, or dress up as their favorite anime hero. 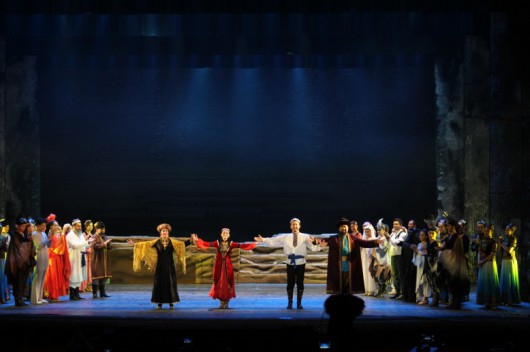 At the “A-li-mu-han Legend” musical the crowd was mostly Han; they were old or very young. They came to hear the finest Uyghur actors sing and dance to the commands of a director from Shanghai named Lei Guohua. The Alimuhan story has been used for many purposes. In a recent TV show it became the story of a beautiful Uyghur woman who was instrumental in welcoming the communist transformation of Uyghur society. But in this play it was mostly a story of true love blocked by a patronizing and patriarchal evil uncle. Since this uncle was played by the famous comedian Adil Mijit (or maybe because people just like to cheer for the bad guy), he received the biggest applause.

At the Xinjiang Museum, an Expo-sponsored exhibit of Soviet-era Russian paintings and an under-explained exhibit of pottery fragments from the ocean floor of the South China Sea drew a big crowd. These exhibits were meant to foster personal connections across the new Silk Road and demonstrate the complexity of the history of China’s “silk” road trade across both land and sea. Many showed up, but museum-goers spent even more time in a recently reopened exhibit that explains the history of Xinjiang through archeological artifacts.

Like the musical, the museum presented Xinjiang minorities as people without history. They instead were shown to have a fascinating culture that can be displayed in all its idiosyncrasies but can never really change or develop. The exhibit is great at showing us what Han Dynasty era settlements might have been like (looks a lot like Han people living in Uyghur houses!), how good the desert is at preserving Tang Dynasty artifacts, and how the Qing armies decimated the Zhungar Mongols, but it does very little to tell us the millennia of minority histories in the area. It is as if they had always been proto-Han people just dressed in exotic clothes and languages. 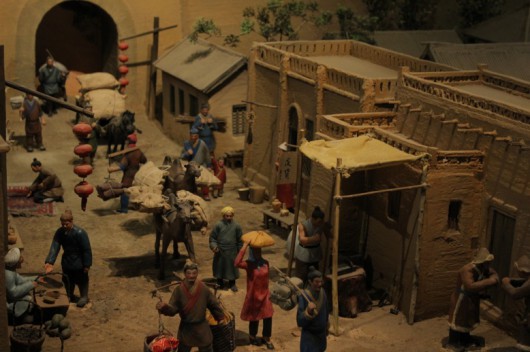 This might not have mattered so much to the few Uyghurs who also soaked in the Expo cultural events. For some of them, seeing their favorite stars on a professional stage in newly upholstered seats or some new sights at a world-class museum might have been enough for a good time. The missing history is already normal for them.

A Uyghur friend of mine thought the Expo mascot looked more like a dancing mule than a Heavenly Horse Star. He said, “It is really cute, but I don’t think it can have children.” Maybe he’s right. Maybe the expo’s goal of fostering “mutual development” and “person-to-person” communication will fail to fix Xinjiang’s many problems. But that’s not going to stop the powers that be from betting a lot of money on the dancing mule. Already more than 50 billion dollars worth of contracts have come out of the past week of showing and telling.